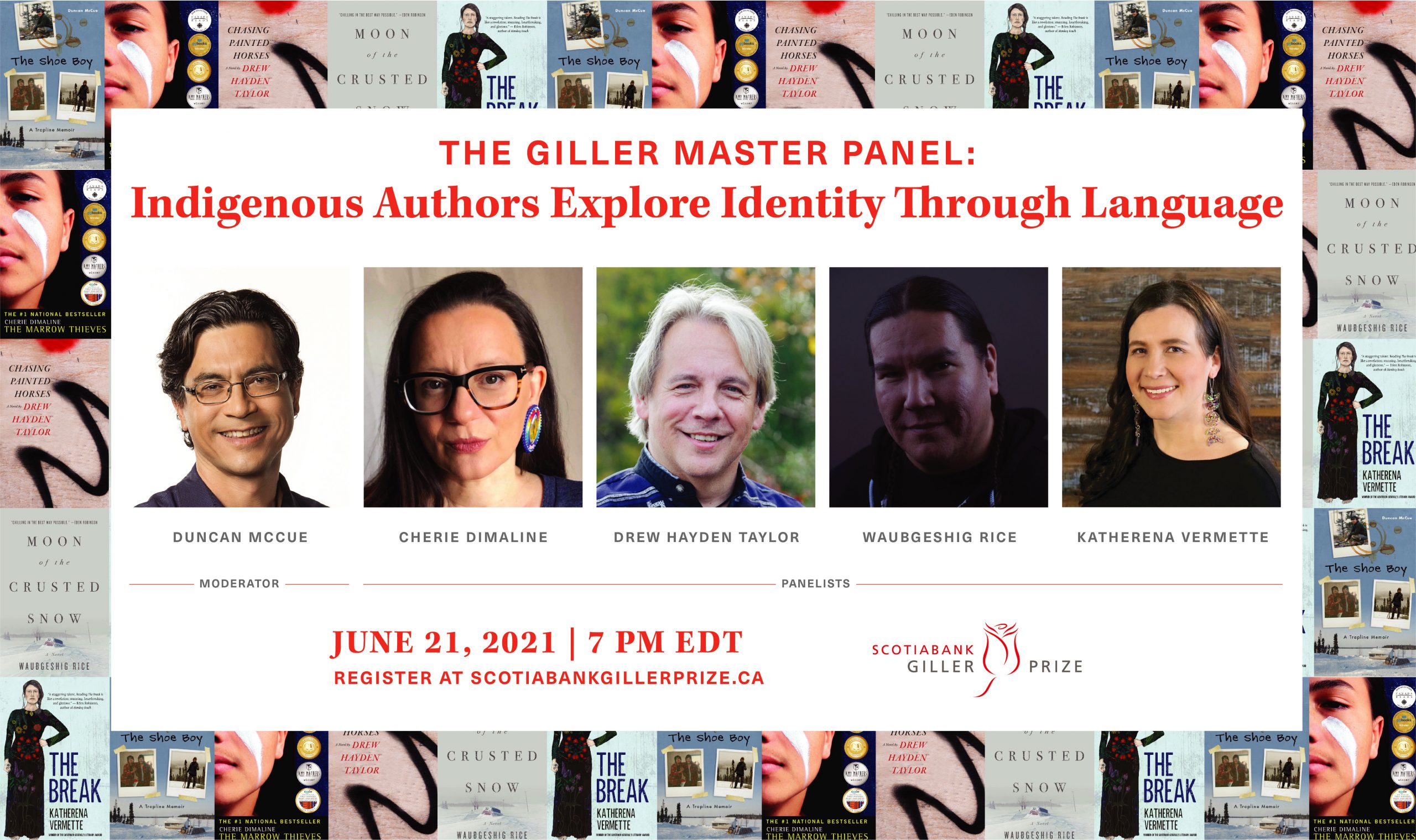 The conversation will cover a variety of topics, including the co-opting of voice, indigeneity during a pandemic, surviving trauma and more. Moderated by CBC host Duncan McCue, the panel will feature the following Canadian novelists and artists: Cherie Dimaline, Drew Hayden Taylor, Waubgeshig Rice and Katherena Vermette. 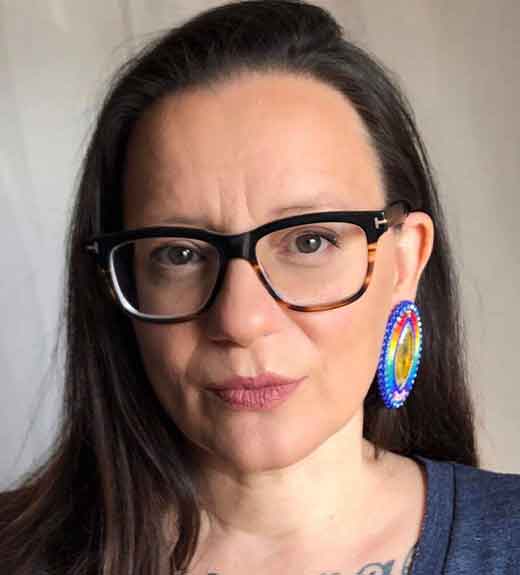 Cherie Dimaline
Cherie Dimaline is a member of the Georgian Bay Métis Community in Ontario who has published five books. Her 2017 book, The Marrow Thieves, won the Governor General’s Award and the prestigious Kirkus Prize for Young Readers, and was the fan favourite for CBC’s 2018 Canada Reads. It was named a Book of the Year on numerous lists including the National Public Radio, the School Library Journal, the New York Public Library, the Globe and Mail, Quill & Quire and the CBC, has been translated into several languages, and continues to be a national bestseller two years later. Her most recent novel for adults, Empire of Wild (Penguin Random House Canada) became an instant Canadian bestseller and was named Indigo’s #1 Best Book of 2019. It was published in the US through William Morrow in July 2020. Cherie is working on a new YA book, the next adult novel and the hotly anticipated next novel in The Marrow Thieves series, Hunting by Stars, publishing in October 2021 in the US (Abrams) and Canada (Penguin Random House Canada). 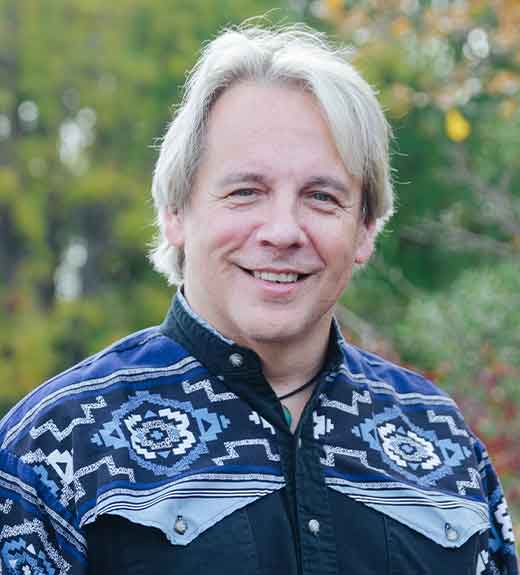 Drew Hayden Taylor
During the last thirty years of his career, Drew Hayden Taylor has done many things, most of which he is proud of. An Ojibway from the Curve Lake First Nations in Ontario, he has worn many hats in his literary career, from performing stand-up comedy at the Kennedy Center in Washington D.C., to being Artistic Director of Canada’s premiere Native theatre company, Native Earth Performing Arts. He has been an award-winning playwright, a journalist/columnist (appearing regularly in several Canadian newspapers and magazines), short-story writer, novelist, television scriptwriter, and has worked on numerous documentaries exploring the Native experience. Most notably as a filmmaker, he wrote and directed Redskins, Tricksters and Puppy Stew, a documentary on Native humour for the National Film Board of Canada, and for CBC, co-created Searching for Winnitou, an exploration of Germany’s fascination with North American Indigenous culture. Two years later he followed it up with the documentary Cottagers and Indians, about Indigenous/non-Indigenous conflicts over land and water issues.

The years of writing have brought him many accolades by his peers, including the Floyd S. Chalmers Award, Dora Mavor Moore Award and the Canadian Author’s Literary Award, He has also been the recipient of many other varied honours; an Honorary Doctorate of Laws from Mount Allison University, a Plaque of Honour on the Peterborough Walk of Fame, the Queen Elizabeth Diamond Jubilee Award, Ontario Premier’s Award for Creative Arts and Design, and Victoria Martyn Lynch-Staunton Award for Outstanding Artistic Achievement in Theatre, to name a few. 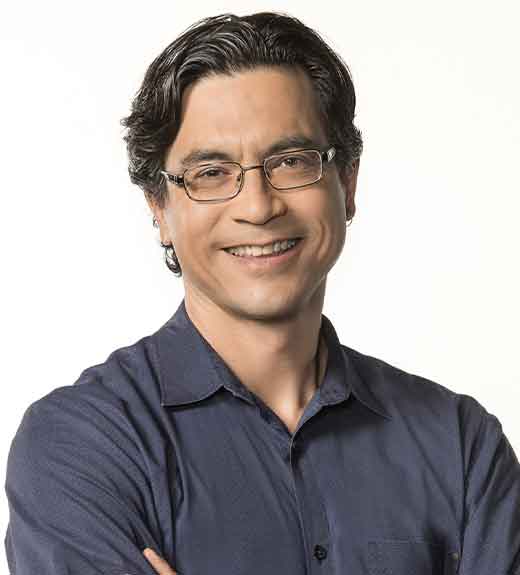 Duncan McCue
Award-winning journalist Duncan McCue is the host of CBC Radio One Cross Country Checkup. McCue was a reporter for CBC News in Vancouver for over 15 years. Now based in Toronto, his news and current affairs pieces continue to be featured on CBC’s flagship news show, The National.

He is currently away from Cross Country Checkup on a Massey College journalism fellowship.

McCue’s work has garnered several RTNDA and Jack Webster Awards. He was part of a CBC Aboriginal investigation into missing and murdered Indigenous women that won numerous honours including the Hillman Award for Investigative Journalism. In 2017, he was presented with an Indspire Award for Public Service.

McCue teaches journalism at the UBC Graduate School of Journalism and Ryerson University, and was recognized by the Canadian Ethnic Media Association with an Innovation Award for developing curriculum on Indigenous issues. He’s also an author: his book The Shoe Boy: A Trapline Memoir recounts a season he spent in a hunting camp with a Cree family in northern Quebec as a teenager.

McCue is Anishinaabe, a member of the Chippewas of Georgina Island First Nation in southern Ontario, and proud father of two children. 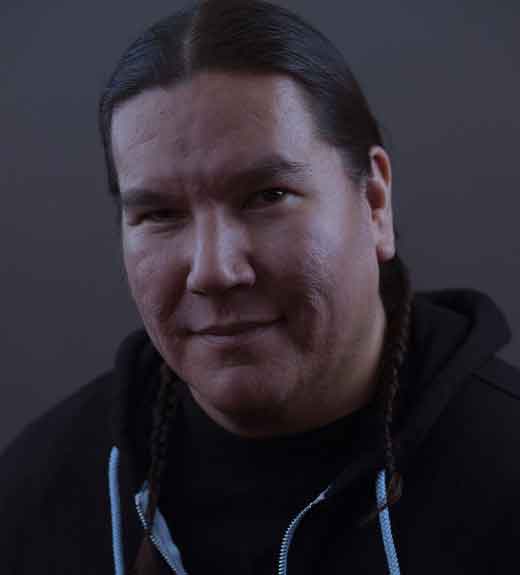 Waubgeshig Rice
Waubgeshig Rice is an author and journalist from Wasauksing First Nation. He has written three fiction titles, and his short stories and essays have been published in numerous anthologies. His most recent novel, Moon of the Crusted Snow, was published in 2018 and became a national bestseller. He graduated from Ryerson University’s journalism program in 2002, and spent most of his journalism career with the CBC as a video journalist and radio host. He left CBC in 2020 to focus on his literary career. He lives in Sudbury, Ontario with his wife and two sons. 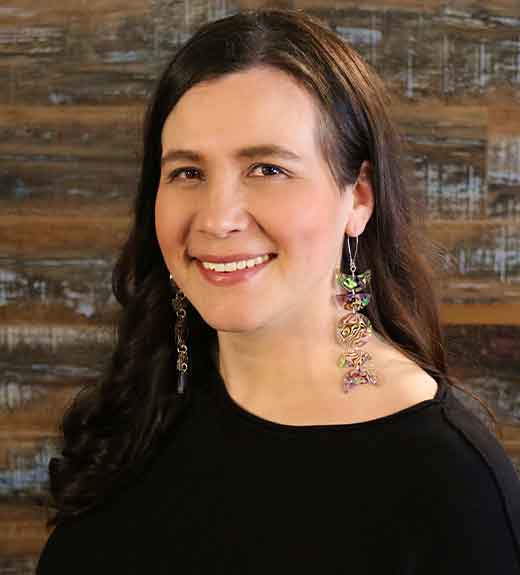 Katherena Vermette
Katherena Vermette (she/her) is a Red River Métis (Michif) writer from Treaty 1 territory, the heart of the Métis Nation, Winnipeg, Manitoba, Canada. She has worked in poetry, novels, children’s literature, and film, and has received a Governor General’s Literary Award for Poetry, a Canadian Screen Award for Best Documentary Short, and several awards for fiction. She’s also NOT won many, many more things. She lives with her family in a cranky old house within skipping distance of the temperamental Red River.