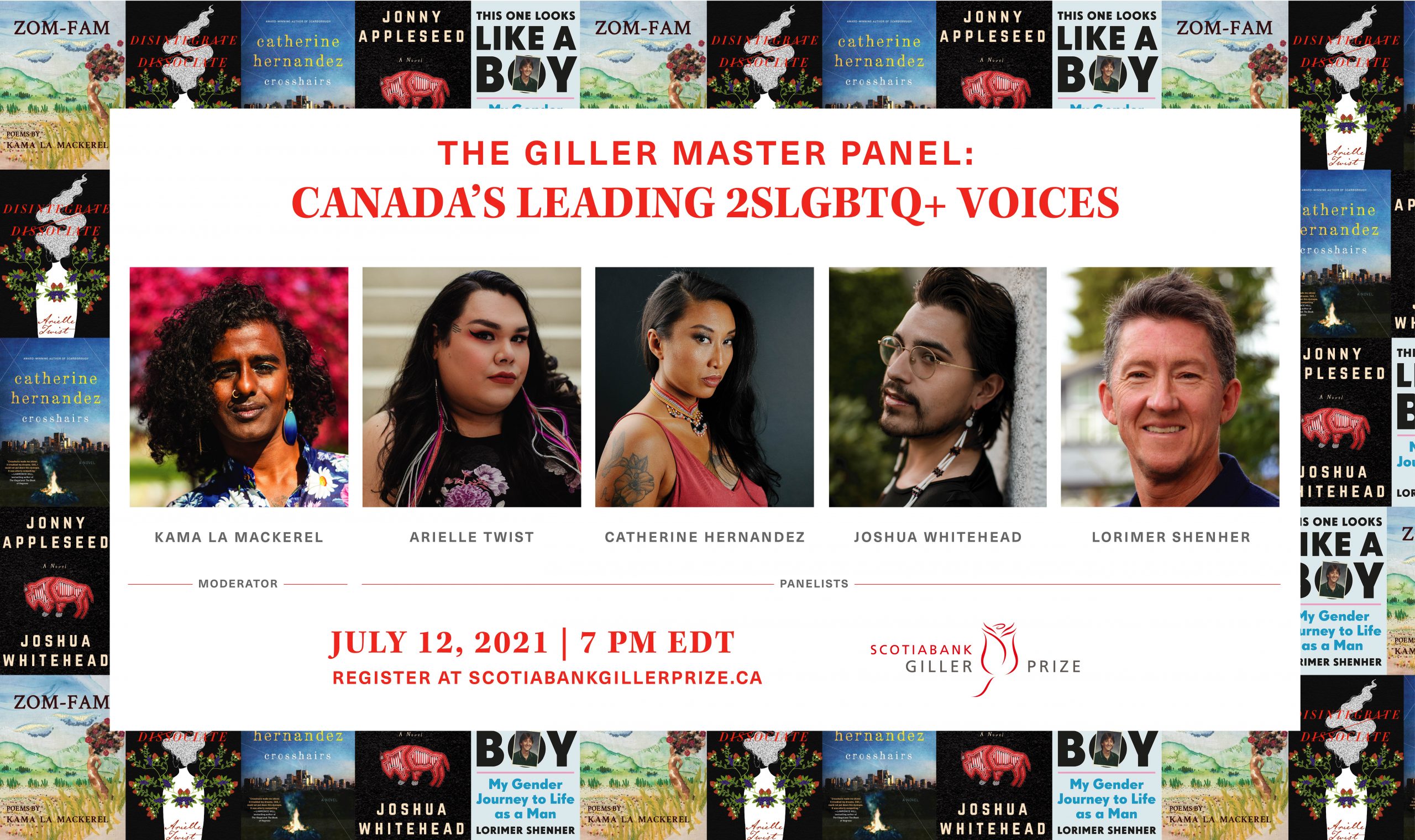 July 6, 2021 (Toronto, ON) – Elana Rabinovitch, Executive Director of the Scotiabank Giller Prize, is thrilled to announce that the sixth Giller Prize Master Panel will take place on Monday, July 12, at 7 p.m. EDT and will celebrate 2SLGBTQ+ Canadian authors.

The conversation will explore the emergence of marginalized authors and artists in the world of literature. Moderated by Kama La Mackerel, the panel will feature: Arielle Twist, Catherine Hernandez, Joshua Whitehead and Lorimer Shenher. 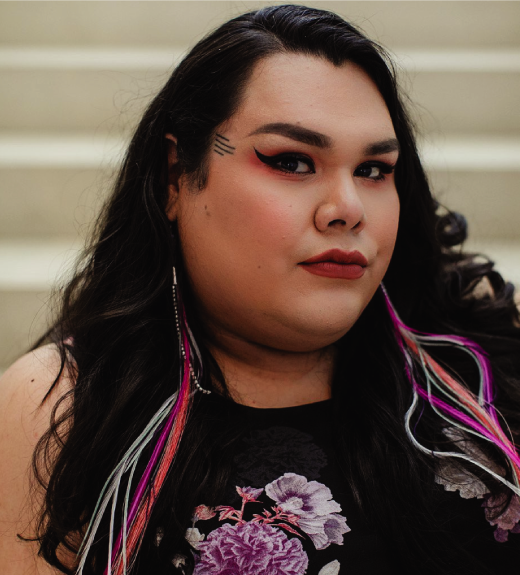 Her work has been exhibited at The Art Gallery of Mississauga, The Art Gallery of Nova Scotia and The Agnes Etherington Art Gallery. In 2019, she was awarded the Indigenous Artist Recognition Award from Arts NS for her body of work. She is currently a MFA Candidate at OCAD. 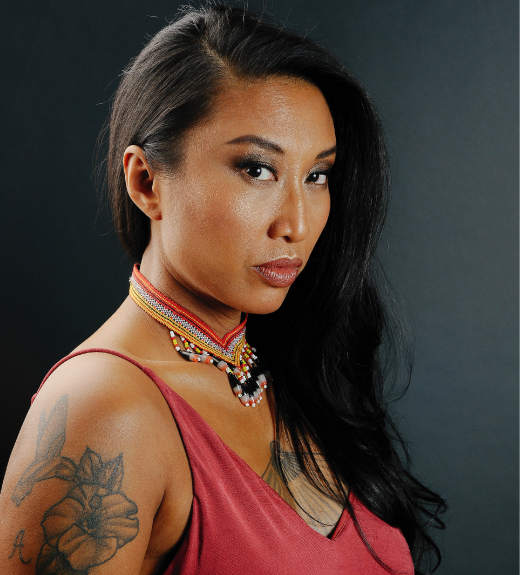 Catherine Hernandez (she/her)
Catherine Hernandez is an award-winning author and screenwriter. She is a proud queer woman who is of Filipino, Spanish, Chinese and Indian descent and married into the Navajo Nation. Her first novel, Scarborough, won the Jim Wong-Chu Award for the unpublished manuscript; was a finalist for the Toronto Book Awards, the Evergreen Forest of Reading Award, the Edmund White Award, and the Trillium Book Award; and was longlisted for Canada Reads. She has written the critically acclaimed plays Singkil, The Femme Playlist and Eating with Lola and the children’s books M Is for Mustache: A Pride ABC Book and I Promise. She recently wrote the screenplay for the film adaptation of Scarborough, which is currently in post-production by Compy Films with support from Telefilm Canada and Reel Asian Film Festival. She is the creator of Audible Original’s audio sketch comedy series Imminent Disaster. Her second novel, Crosshairs, published simultaneously in Canada, the US and the UK this spring, made the CBC’s Best Canadian Fiction, NOW Magazine’s 10 Best Books, Indigo Best Book, Audible Best Audiobooks and the NBC 20 Best LGBTQ Books list of 2020. Her third children’s book, Where Do Your Feelings Live? which is a guide for kids living through these scary times, has been commissioned by HarperCollins Canada and will be published in winter 2022. 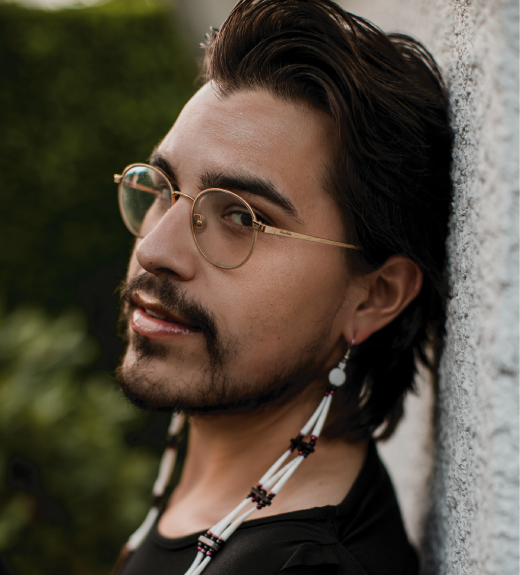 Joshua Whitehead (he/him)
Joshua Whitehead is a Two-Spirit, Oji-nêhiyaw member of Peguis First Nation (Treaty 1). He is the author of full-metal indigiqueer which was shortlisted for the inaugural Indigenous Voices Award and the Stephan G. Stephansson Award for Poetry. He is also the author of Jonny Appleseed which was longlisted for the Scotiabank Giller Prize, shortlisted for the Indigenous Voices Award, the Governor General’s Literary Award, the Amazon Canada First Novel Award and the Carol Shields Winnipeg Book Award. It won the Lambda Literary Award for Gay Fiction and the Georges Bugnet Award for Fiction. Whitehead is currently working on a third manuscript titled, Making Love with the Land which explores the intersections of Indigeneity, queerness, and, most prominently, mental health through a nêhiyaw lens. His work has been published in such venues as Prairie Fire, CV2, EVENT, Arc Poetry Magazine, The Fiddlehead, Grain, CNQ, Write, and Red Rising Magazine. 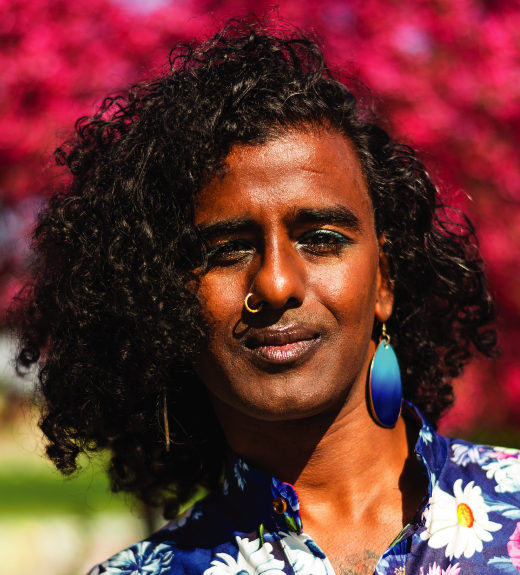 Kama La Mackerel (they/them)
Kama La Mackerel is an award-winning Mauritian-Canadian multi-disciplinary artist, educator, writer, curator and literary translator. They are the author ZOM-FAM which was named a CBC Best Poetry Book, a Globe and Mail Best Debut, and was a finalist for the QWF Concordia University First Book Award and the Writers’ Trust of Canada Dayne Ogilvie Prize. World Literature Today called ZOM-FAM “a milestone in Mauritian literature.” They are presenting their new multimedia installation and performance QUEERING THE IS/LAND BODY at the 17th edition of MOMENTA, Biennale de l’image in Fall 2021. 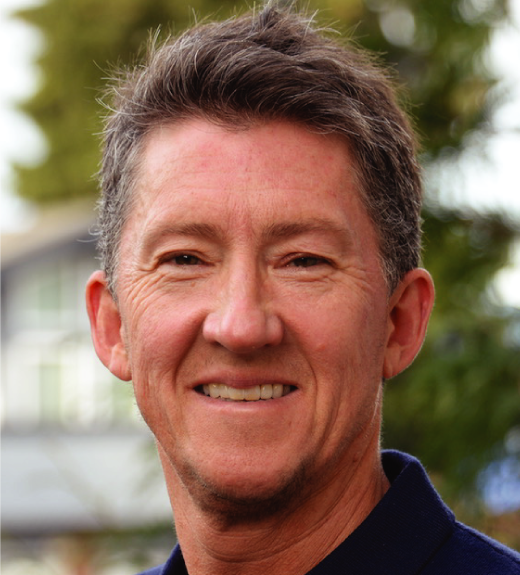 Lorimer Shenher (he/him)
Lorimer is the author of That Lonely Section of Hell: The Botched Investigation of a Serial Killer Who Almost Got Away and This One Looks Like a Boy: My Gender Journey to Life as a Man. These two highly acclaimed non-fiction books have been nominated for numerous awards, including the Kobo Emerging Writer Prize, BC Book Prizes Hubert Evans Award, and the Edna Staebler Award for Creative Non-fiction. Lorimer has worked in audio and video documentary for the BBC, CBC, APTN, ABC Sports Television, and others. For his MA thesis, Lorimer created an audio documentary titled Where Did That Come From? exploring the rise of Canada’s on-going missing and murdered Indigenous women tragedy as a 2015 election issue. Lorimer works across all media, including the dramatic adaptation of his books for an HBO limited series. He is currently the Director of New Business Development & Content for Everything Podcasts, where he is focused on developing podcasts for the publishing and IP worlds.