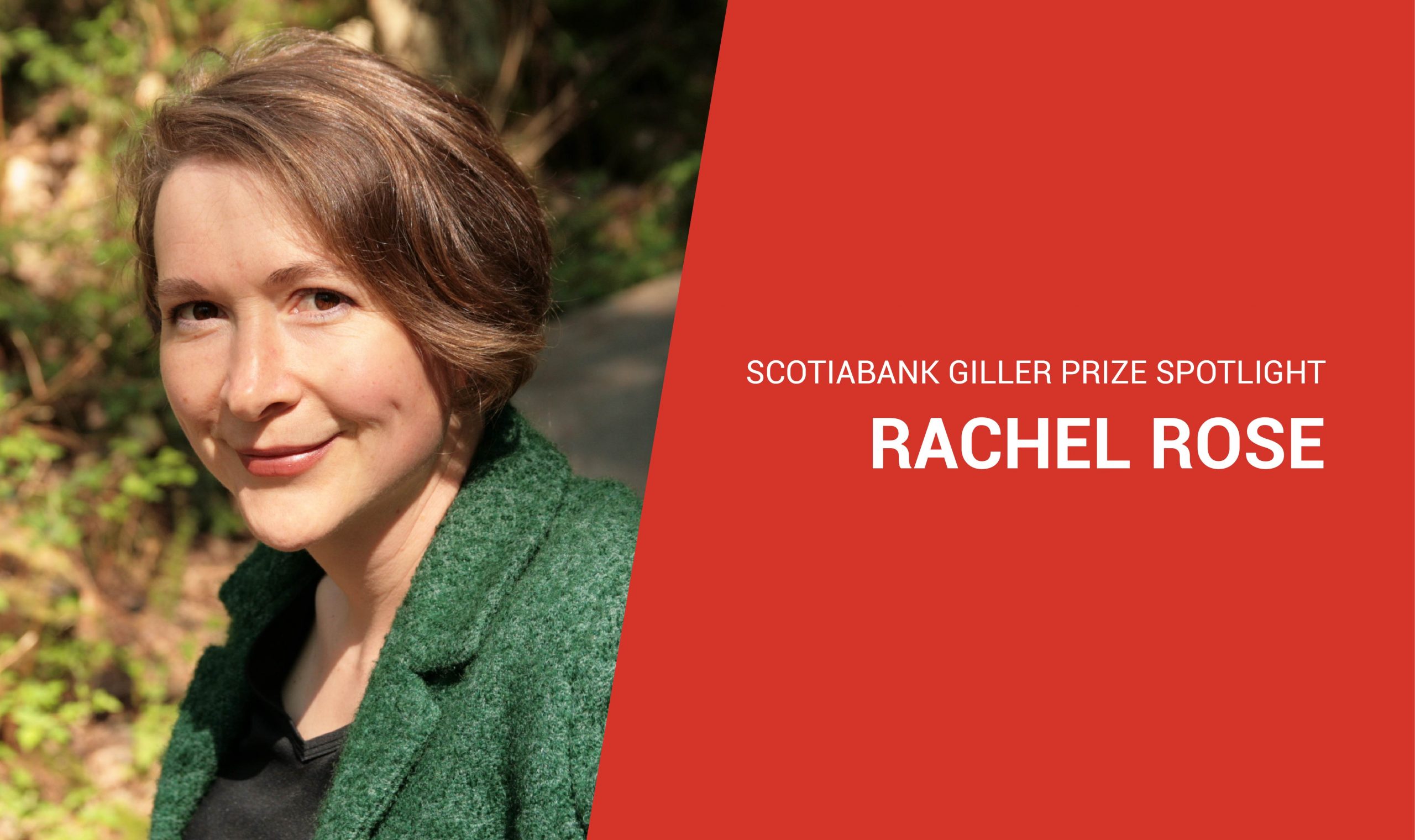 Rachel Rose’s short story collection, The Octopus Has Three Hearts has been longlisted for the 2021 Scotiabank Giller Prize.

Rachel Rose is the author of four collections of poetry and a memoir, The Dog Lover Unit: Lessons in Courage from the World’s K9 Cops (St. Martin’s Press), which was shortlisted for the Arthur Ellis award for best non-fiction crime book in 2018. She is also the recipient of the Bronwen Wallace Award for fiction from The Writers’ Trust, the Pat Lowther Memorial Award, a 2014 and 2016 Pushcart Prize and a 2016 nomination for a Governor General’s Award. She is the Poet Laureate Emerita of Vancouver, poetry editor at Cascadia Magazine and a contributor for Maisonneuve Magazine. Rose’s work has appeared in numerous anthologies and publications including The Globe & Mail, American Poetry Review, Poetry, Malahat Review, Rattle, New Quarterly, Best Canadian Poetry, Monte Cristo Magazine and the Vancouver Sun. She lives in Vancouver, BC.

I will limit myself to these. Fitzgerald’s observation is useful any time, but particularly when we face catastrophe, as we do now. Ayelet Gundar-Goshen observes with such wisdom the difference between how we wish to be seen and who we actually are. And then Flaubert. Flaubert! With Flaubert (indeed, with most writers) it is useful to heed the distilled wisdom of the writer’s observations, but be wary of admiring the writer as a person, unless the writer actually happens to live an admirable life.

“The test of a first-rate intelligence is the ability to hold two opposed ideas in the mind at the same time, and still retain the ability to function. One should, for example, be able to see that things are hopeless and yet be determined to make them otherwise.” F. Scott Fitzgerald

“People often prefer to deny what is right before their eyes, especially if they can continue to hold on to what is in their hearts.” – Ayelet Gundar-Goshen (The Liar)

“The art of writing is the art of discovering what you believe.” — Gustave Flaubert

“Be regular and orderly in your life, so that you may be violent and original in your work.” — Gustave Flaubert

I wrote most of the stories in this book a year before the world changed. My family and I had moved to France for the year. I wrote on footstools and counters in whichever place we were staying. I wrote in a state of almost magical flow. It was being away from home that allowed me to look at home, which is so often the case for writers. It is good to step away, to step outside Canada and be entirely elsewhere. I long for that now. I rarely leave my neighborhood. But that’s been interesting too, being home and paying close attention to home. Anyway, writing while on the move was pure joy. We moved through time differently. The kids were being homeschooled. The preoccupations of the people around us were completely different. We were wrapped up in weekly riots with the Gilets Jaunes, with police massing under our building every week, with people throwing bricks and smashing banks, police firing tear gas, our evenings roaring with helicopters, and the whole population in a state of unrest. We had to try to figure out why, where this anger came from. Why, all over Europe, were people rising up in anger on both sides of the political spectrum? What did it mean? It was a violent time in France, and I think that fed into my stories, preoccupied as they are by displacement and despised people.

That said, I can write nearly anywhere. I like quiet, but I have often gotten writing done sitting in the car waiting for a child. Bonus if there’s no internet connection.

I write most days; I track the number of words I write and write down what I actually accomplish. It helps me to be accountable. Learning how to do this has been a long process of developing habits that will serve the work and overcoming the roadblocks of my own personality. That said, I burn to write, and I’m almost never not thinking about writing. Inspiration is the easy part. I’m inspired by so much of what I read, and discover, and think about.

I would say that there are activities that help me recover from having written each day: I walk in the woods, I swim in the cold sea several times a week from spring to fall (just the best—being surprised by seals, watching big crabs on the clear sandbar underfoot, moving through schools of small fish). At home, I keep good coffee and ice cream nearby; I share the process with a few trusted writing companions, and we help each other troubleshoot, and I read all the time, for pleasure the first time, and for craft and structure the next.

I suppose people reading this might want to know what might be useful for their own work. Put your work first, as much as the constraints of your own life allow. Your writing has to be more important than most things much of the time. I have found being off social media helpful. Cut out the unnecessary distractions. So much of being a writer is learning to persevere. It’s a question of developing confidence, of setting clear priorities, of good habits, and of finding good support.

Perhaps I’d be an ad man. I started out as a poet, and I’m ridiculously good at making up catchy slogans for products. It’s a useless skill that will go nowhere, unless I put my jingles in the mouths of characters.

Then again, in high school we took an aptitude test and I believe I got something like poultry farmer, which never seemed quite right. Cowboy, maybe, though I do like a good bed. Or zookeeper, à la Gerald Durell, perhaps for rescued animals. I like being with non-human creatures of all kinds, and I have a hard time sitting still.

But being a writer is the best job for me. As a writer I’ve been able to persuade professors to let me take anatomy courses so I could be elbow deep in cadavers. I’ve been able to persuade K9 cops to let me go on high-speed chases and all-night patrols with them, to interview refugees from Syria and share their stories, to insinuate myself into lectures on everything from the latest techniques in fish surgery to the latest discoveries in astronomy. As a writer I can get as close as possible to all the lives I’ll never live and all the jobs I could only do badly.

I am interested in those people and those creatures that we as a society despise. I did not deliberately sit down to do this, but my book contains situations and characters that would disgust or alarm people across the political spectrum. So my characters are misfits and criminals, people who’ve caused or survived trauma, and have been warped by the experience. In pairing them with creatures that inspire loathing or misunderstanding—bats, rats, pigs, octopuses—I challenge the reader to think about those divisions of good and bad, pet and meat, redeemable or revolting. I mean this in the deep, Buddhist sense, that we are all connected, interdependent. It is the hardest thing, really, to live as though no one is expendable.

At their heart, my stories are arguments: so, if someone does this reprehensible thing, should we force them to live under a bridge? At what point do we revoke their human citizenship, cancel them? When that has happened to them, how do they endure the rest of their lives?