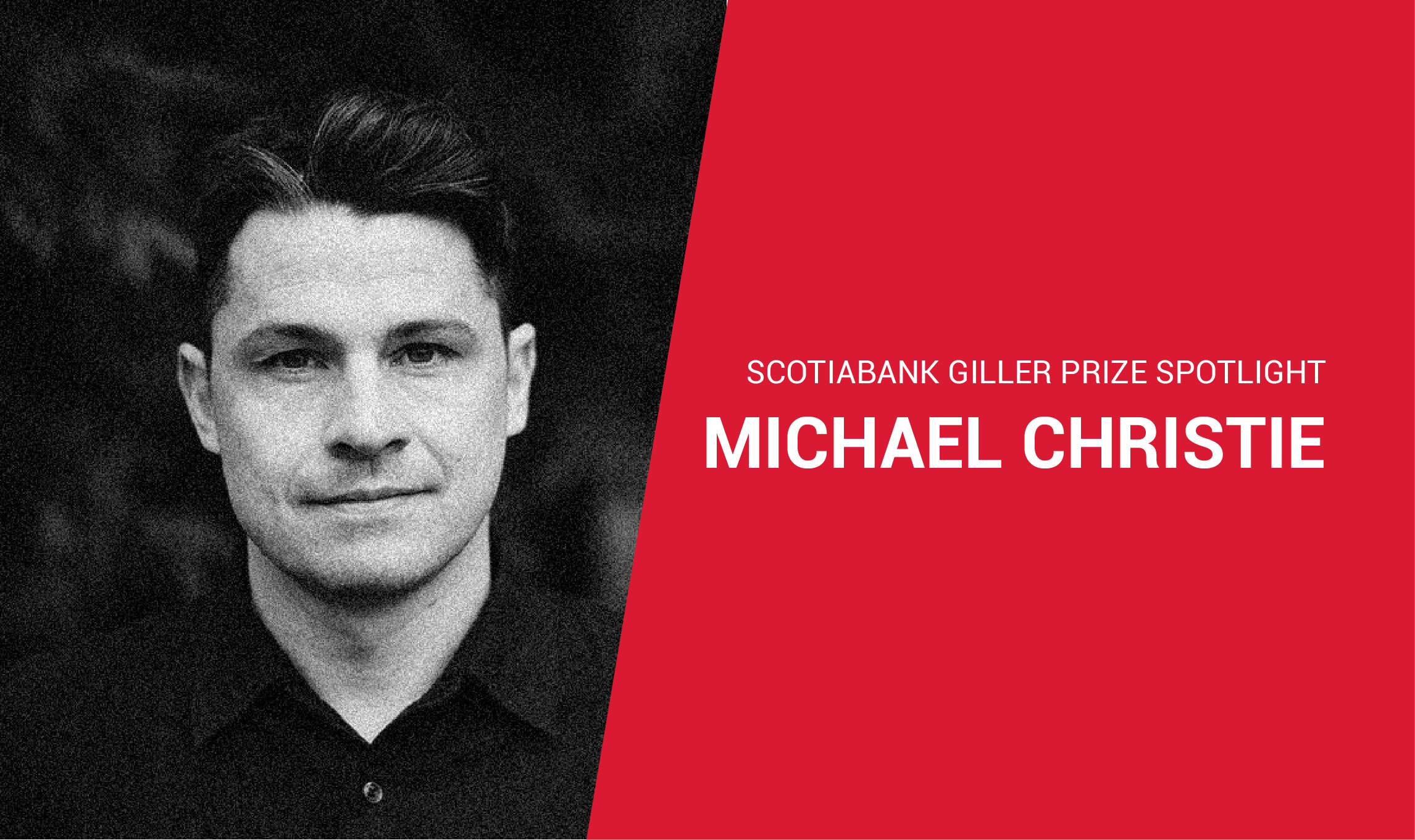 Michael Christie’s previous novel, If I Fall, If I Die, was longlisted for the Scotiabank Giller Prize, the Kirkus Prize, and the International IMPAC Dublin Literary Award, and was selected as a New York Times Editors’ Choice title. He is also the author of a linked collection of stories, The Beggar’s Garden, which was longlisted for the Scotiabank Giller Prize, shortlisted for the Rogers Writers’ Trust Fiction Prize, and won the Vancouver Book Award. His writing has appeared in the New York Times, the Washington Post, and The Globe and Mail. A former carpenter and homeless-shelter worker, he divides his time between Victoria and Galiano Island, where he lives with his wife and two sons in a timber frame house that he built himself.

“Every happy man should have someone with a little hammer at his door to knock and remind him that there are unhappy people, and that, however happy he may be, life will sooner or later show its claws, and some misfortune will befall him–illness, poverty, loss, and then no one will see or hear him, just as he now neither sees nor hears others.” – Anton Chekhov, Gooseberries

Though I do wish it read “every happy person” instead of “man”, I still believe this to be so true and important, especially now.

In a little 10×10 cabin that’s far enough from our house to be beyond the reach of our wifi. This last part is critical. I recently turned down a brand new modem from my internet provider just because I feared that its extended range would ruin my career!

The world usually feels more charged after I’ve exercised or have done some physical work. If that fails, then reading a good book always reminds me that the narrative magic trick still works and that there is still so much left for us writers to do.

This is tricky because you cross so many finish lines while writing a book (the first draft, sell to a publisher, complete editing, done copy editing, etc.), so the exact point to commence celebration is tough to identify. But one thing I’ve done after sending off the final pages of my last two books is put on John Coltrane’s A Love Supreme, shut my eyes, and begin to weep uncontrollably.

Anna Karenina, and it’s scorchingly good. While normally I read more contemporary fiction than classics, it’s useful to be reminded that the problems Tolstoy solved so masterfully are the same ones that writers face today: how to open scenes, how to leave out the boring bits, how to describe with specificity and depth, how to reveal the inner lives of characters while keeping certain aspects of them mysterious, how to end a book without ruining everything. Before that I read Sing, Unburied, Sing by Jesmyn Ward and it was also incredible and instructive.

The term CanLit always leaves me squeamish, because it feels vaguely derogatory (the way “ChickLit” is used to unfairly dismiss a certain kind of book). But my favorite by a Canadian is probably No Great Mischief by Alistair MacLeod. Either that or The Selected Stories of Alice Munro, which shaped so much of who I am, not just as a writer, but as a human being.

Two things: 1) About four years ago I chainsawed down a small tree on my property, and after it fell I examined the fresh stump and realized with some shock that it looked like the pages of a book, which is where the inspiration for Greenwood‘s tree ring narrative structure came from. And 2) Sorry if this is morbid, but both my parents died of cancer over a nine-year span (my mother when I was 31), and I suppose I’ve been thinking a lot about family legacy and estrangement and time and loss, which are all concerns of this novel.

I’d like them to be re-sensitized (or newly sensitized) to the wonder of trees, and to the dire necessity of safeguarding them for future generations. And I suppose I’d like to leave readers with a complicated notion of family, and the sense that though none of us can ever really know who we are, we can love those around us, regardless of our relatedness, and that’s more than enough.