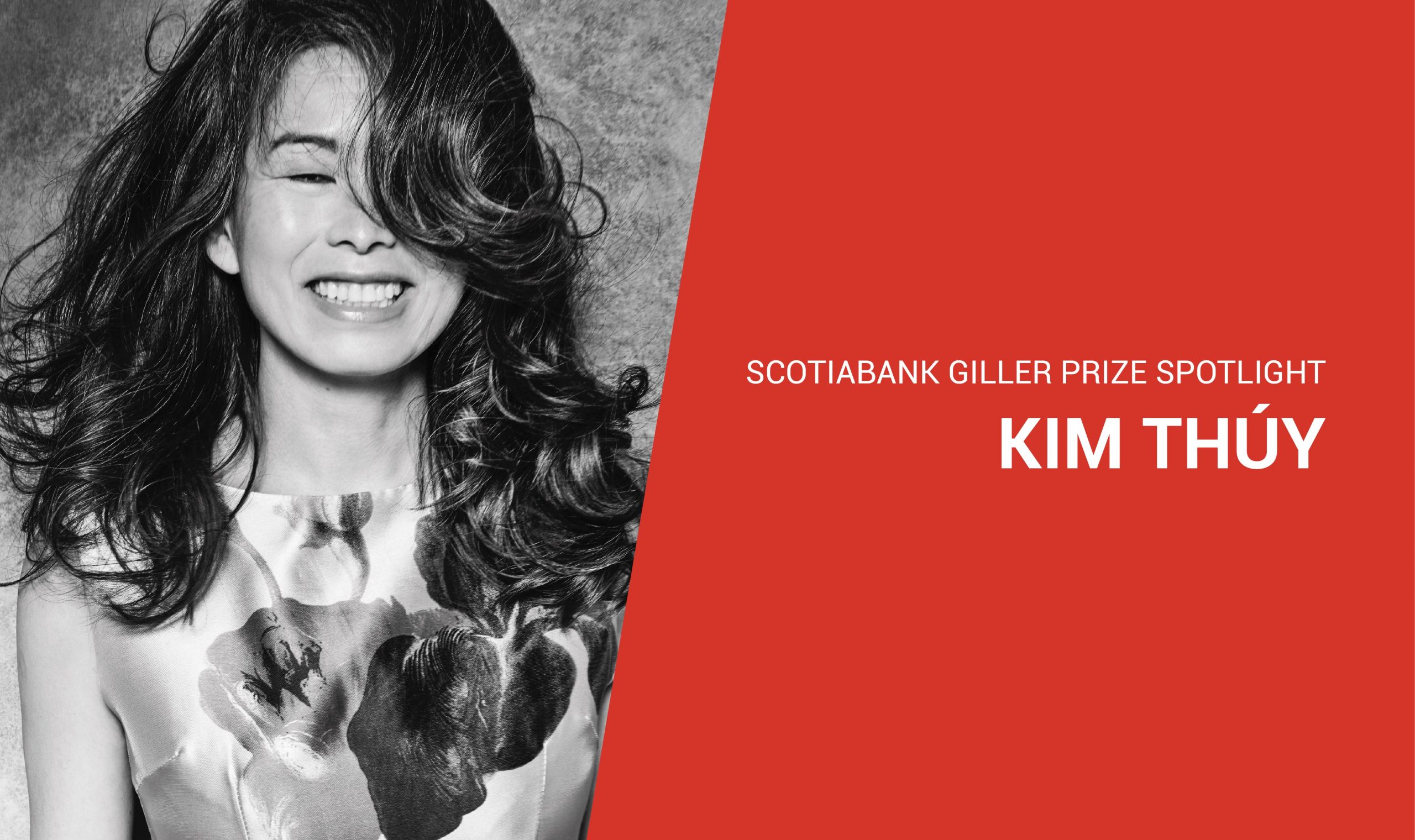 Kim Thúy’s novel, em, translated by Sheila Fischman has been longlisted for the 2021 Scotiabank Giller Prize.

Born in Saigon in 1968, KIM THÚY left Vietnam with the boat people at the age of ten and settled with her family in Quebec. A graduate in translation and law, she has worked as a seamstress, interpreter, lawyer, restaurant owner, media personality and television host. She lives in Montreal and devotes herself to writing.

The complexity of beauty and the beauty of us, of our human condition urge me to write, to share.

“And in the end, of course, a true war story is never about war. It’s about sunlight. It’s about the special way that dawn spreads out on a river when you know you must cross the river and march into the mountains and do things you are afraid to do. It’s about love and memory.  It’s about sorrow.” – The Things They Carried de Tim O’Brien.

I can write anywhere at any time–hotel rooms, airports, sitting on the floor or deep in a sofa.

When I am at home, my writing desk is on my kitchen counter looking at the stove and the sink. The quietest time for writing is usually between 11 p.m. and 3 a.m.

When I read a book I love, all my friends would hear about it while I am still reading it. When I finish it, I usually buy many copies to share with anyone who crosses my door 🙂

I have worked as an interpreter, a lawyer and a chef owner of my little restaurant. And for the last two years, I am the host of a third season of a TV show–La Table de Kim. I hope I’ll have the chance to have many more unplanned careers after writing–or at the same time.

The first novel I ever read on my own was a Vietnamese translation from a French book called Sans famille. I have not had the chance to read it again. However, I still remember the details of the story, the emotions I felt and even the clothes I wore on the day I got to the last page.

The chapter ‘How to Tell a True War Story’ of The Things They Carried is read probably 3-4 times a year for at least the last 20 years.

Writing is a privilege I did not think accessible to an immigrant like myself. Even though I had always dreamed of writing, I had never disciplined myself to sit down and write. It all happened accidentally during a month off, which dragged on for a year until the end of the first book ru.

Ten years ago, I was invited to a TV show in Montreal where the food stylist had a deep knowledge of Vietnamese cuisine. I have found out that her mom, Naomi Bronstein, was in Saigon one month before the end of the war to evacuate orphans under Operation Babylift. I did not know then but this story was the first spark of Em.

I hope this book will know how to open a conversation with the readers about the confusion and the fusion between good and bad, right and wrong. But mostly, I hope their heart will skip a beat once or twice due to a moment of excessive beauty–the beauty of a word, a sound or a memory of their own.