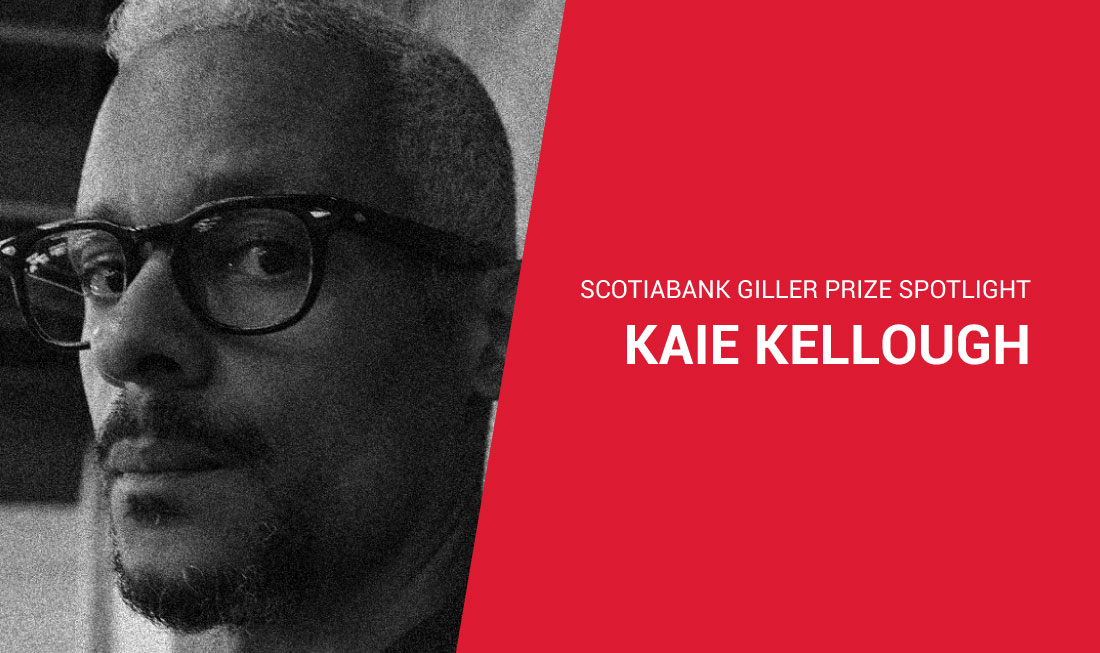 Kaie Kellough’s short story collection, Dominoes At The Crossroads has been longlisted for the 2020 Scotiabank Giller Prize.

Kaie Kellough is a novelist, sound performer, and poet. His latest collection of poems, Magnetic Equator, was released by McClelland and Stewart in March 2019. His novel Accordéon, published in 2016, was shortlisted for the Amazon.ca First Novel Award. He has released two audio recordings that explore sound poetics with instrumentation. His work migrates between poetry and fiction, between Canada and the Caribbean, and between text and sound. He lives in Montreal.

I can endlessly contemplate the various diasporas that meet in my family. I often trace and retrace the routes that immediate and distant relatives traveled. It is a perennial source of wonder that those crossings somehow produced me, and that I have found my way to this time and place.

One quote that amazes and moves me, from among the many in Kamau Brathwaite’s oeuvre, is in his poem Caliban:

“…sun coming up
and the drummers are praising me

out of the dark
and the dumb gods are raising me

and the music is saving me

on the burning ground.”

I hear this passage read in the voice of the poet Kwame Dawes, whose reading of the poem somehow feels both immediate and ancient.

In a pool of light.

I don’t have any strategies for finding inspiration, but I approach the process of writing as a process of becoming. I gradually become the person who completes a particular work. I have to live with the work as it develops and allow myself to change with it.

When I finish a book my instinct isn’t to celebrate. I always feel subdued, as if I’ve finally come to the end of a particular passage in my life, one that I will never experience again.

I’ve read Dionne Brand’s A Map to the Door of No Return half a dozen times, and I’ve bought and given away 2 or 3 copies. I know I’ll continue to return to that book, and I’ll likely continue to give copies away.

Author is a role, an identity, but not my job. I earn my living in the business world, which I would do if I wasn’t a writer. But if I were to fantasize, I like to think I’d have spent my 20s and 30s touring the world in a reggae band, and perhaps given up touring to manage a recording studio in California, or a music festival in Barcelona.

I don’t remember much of what I read then, but I was always drawn to the title The Hitchhiker’s Guide to the Galaxy.

I’m fascinated by the books I’ve started over and over but that I haven’t succeeded in finishing. 100 Years of Solitude is such a book. And that’s not a criticism of the book, but rather a criticism of myself as a reader. It’s also a thought about the relationship that a person cultivates with a work, how even an impasse is a reading experience.

I’ve always been attracted to the sounds, images, and curious ideas that words in odd combinations could produce. I’ve always enjoyed the contrast between the instinctive ease with which we can arrange words to describe places, sequences of events, or states of mind, and how complex that process becomes when it’s applied to a large project like a novel.

As a sound poet I’ve crossed the country a few times over the past 25 years. I’ve long thought that the Caribbean Canadian sensibility is stitched into the entire country. I wanted to thread various historical episodes into that seam. I wanted to play with the idea that as Black people in Canada, with roots in the Caribbean and beyond, it can feel necessary to bring the entire history of the Americas to bear on our understanding of ourselves in the moment. I like that accumulation of pasts in the present, that welcoming of one’s total history.

New eyes, an awareness of the present moment as an extension of the past, a sense that any self is made of others, contains pasts and possible futures, and is always incomplete.