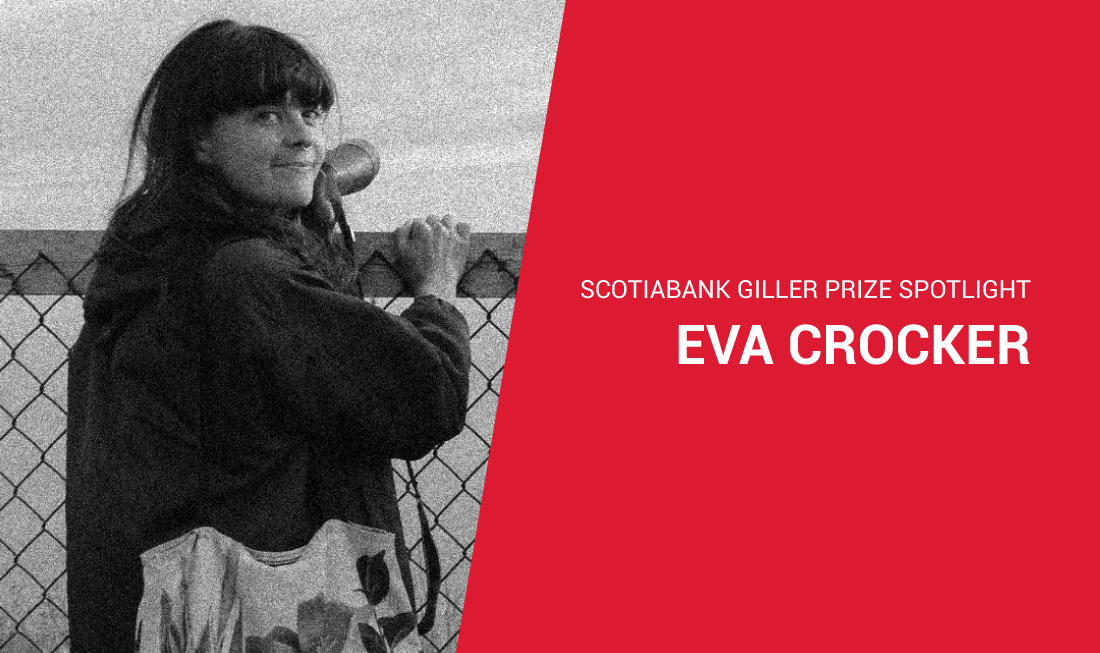 Eva Crocker’s novel, All I Ask has been longlisted for the 2020 Scotiabank Giller Prize.

She is the author of the critically acclaimed debut short story collection Barrelling Forward, which won the Alistair MacLeod Prize for Short Fiction and the CAA Emerging Writer Award, was a finalist for the Writers’ Trust Dayne Ogilvie Prize for LGBTQ Emerging Writers and the NLCU Fresh Fish Award for Emerging Writers, and was a National Post Best Book.

I’m not picky about where but my favourite time of day to write is early in the morning. It’s a good day if I get up in time to see the sunrise and do some writing. I love the solitude and quiet of being up early and I feel like it’s the time of day when my brain works the best – when the right word comes the easiest and ideas snap together like lego.

I’m beginning a new project and I’m really grateful to have a small writing group on the go. We’re trying to meet once a week on Zoom to share new work and give each other feedback. I find having a space to talk about craft, to learn about other peoples’ processes and see their stories take shape, and to test out new material very inspiring.

Some books I read recently and loved are: How to Pronounce Knife by Souvankham Thammavongsa, Girl, Woman, Other by Bernadine Evaristo, In the Dream House by Carmen Maria Machado, Frying Plantain by Zalika Reid-Benta, On Earth We’re Briefly Gorgeous by Ocean Vuong, Small Game Hunting at the Local Cowards Gun Club by Megan Gail Coles, The Dishwasher by Stephane LaRue, Shut Up You’re Pretty by Téa Mutonji, A Mind Spread Out on The Ground by Allicia Elliot, Beirut Hellfire Society by Rawi Hage and Vi by Kim Thúy.

I began working on this story in 2017 after a group of about ten police officers, all heavily armed men, forced entry into my home in St. John’s early one morning. They told me I was under arrest for transmission of child pornography and began searching the house.

I was home alone and terrified, I asked several times to use a phone and was told I wasn’t allowed. I wasn’t given a chance to get dressed and had to go alone to my bedroom with a young man wearing a gun. They wanted to collect all my electronics to comb through them for evidence of illegal activity.

Pretty shortly into the search they realized they’d made a mistake, the person they were looking for (whom I’d never met) hadn’t lived at my address in almost a year. It was a deeply disturbing experience but I am very aware of how much worse things probably would have gone for me if I wasn’t a white, cis-woman, if I didn’t speak English, if I had children there with me, if I were elderly.

All I Ask is a fictionalized account of the aftermath of that incident and it’s also a queer love story. It’s about privacy and sexuality, about having agency over what you get to reveal about yourself and how it feels to have that taken away.

This book is also very much about St. John’s at particular moment, I wanted to explore how the crashing economy and the pervasive sense of doom around the failure of the Muskrat Falls hydro-electric dam has impacted people’s interpersonal lives and relationship to institutions.

I wanted to capture this moment, about three years ago, when there were waves of protests erupting across the province. There was huge momentum behind the Indigenous-led resistance to the Muskrat Falls hydroelectric dam (a powerful movement that is ongoing). There were tons of rallies protesting new austerity measures introduced by the province’s Liberal government. Corruption within the Royal Newfoundland Constabulary and the widespread distrust of the institution was being discussed in the media. It was a very dark time but also a time when it felt like change was possible. I hope readers come away with a sense of what life was like in Newfoundland at that time.