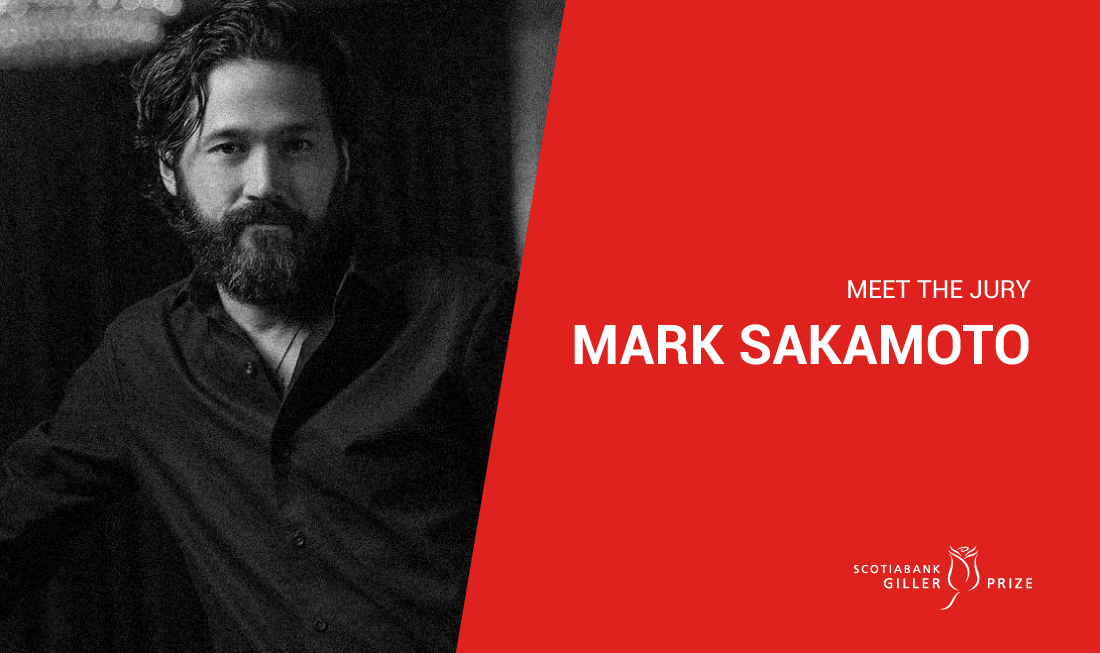 Mark Sakamoto has enjoyed a rich and varied career. He began his professional career in live music, working with several international acts. He has worked at a national law firm, a national broadcaster and has served as a senior political advisor to a national party leader. He is an entrepreneur and investor in digital health and digital media. Mark is the Executive Vice-President for Think Research, an international big data health firm in Toronto. In that capacity, he is responsible for driving all aspects of business development. Sakamoto’s book, Forgiveness: A Gift from My Grandparents won CBC Canada Reads and has been a number one national best seller in two separate years. It is currently being developed for screen and theatre. Mark is the host and executive producer of Good People, a CBC television series which explores societal problems and scours the planet for hopeful places and solutions. He lives in Toronto with his wife and their two daughters.

Writing found me before I sought it out. It was something I needed to do. When an opportunity presented itself by way of a publishing agreement, I said yes and trusted that it would take me where I needed to go.

I love writing before the sun emerges. The world is quiet and still. I have one foot in my dreams. I write with abandon during this window of time. Then, I sleep again. When I wake, I review with a more careful eye.

On the whole though, I try not to create too much structure around writing. Creativity is like a well. Sometimes it overflows and you feel like you could write endlessly. Other times, it is a dry, dusty hole. The only choice you have is to walk away and trust that it will fill for tomorrow.

What are you working on now?

I was absurdly lucky to win Canada Reads. This sent me on another wildly unexpected journey. I have a television series coming out on the CBC in March called Good People with Mark Sakamoto and it has consumed all of my creative time and effort as of late.

Forgiveness itself has embarked on several new journeys of its own. It is in development with the CBC as a television mini-series and it will have theatrical releases in several Canadian cities in the coming year. It has been so wonderfully gratifying to witness other artists work with my art.

Who is your favourite Canadian author?

In my literary world, Joy Kogawa is the snow atop the mountain and I am a small stream to emerge from her body of work. Obasan is the quintessential Japanese-Canadian novel.

It is hard to describe how profound it was for me as a young boy in southern Alberta to see and smell and hear the sounds of my own world committed to paper. The hushed chatter of Japanese speech. The salty scent of miso soup emanating from the kitchen. I wasn’t the only one! I wasn’t alone! I came to understand that other families still grappled with the pain that lingered from the Second World War – those most injurious of years.

Joy is my favourite Canadian author and she is also my favourite lunch date. I visit her condo and she feeds me salmon steak and rice and sunomono salad and I want to cry with gratitude every single time.

If you could tell your younger writer-self anything, what would it be?

Put down your phone. Your experiences are not commodities. Move through the world in your own truth and through it try your very best to relate to those around you. This is what informs your writing. This is where your voice emerges.

Researching Forgiveness may very well be the most sacred period of my life. My maternal grandfather, Ralph Augustus MacLean and my paternal grandmother, Mitsue Margaret Sakamoto, were both still alive. I sat with them from early morning to late into the evening. I walked them through the darkest moments of their lives. They took me there with the greatest of strength. They showed me their scars, hidden for so very long. Both were in their 90’s. What a thing.

My studio. I brought in a twelve-foot table as my workbench. It was strewn with old family photos and cassette tapes that held the voices of those I loved most in my life. I listened to my Mom laughing on a Fijian beach. I heard my great uncle making sashimi in his kitchen while his sister’s poked fun at him. I watched videos of my brother and I sumo wrestling in our basement in Medicine Hat. Writing Forgiveness was an emotional excavation. You cannot do that kind of heavy lifting in a coffee shop.

How many hours a day do you try to write? Why did you choose this number?

I never make that choice. It is always made for me. Sometimes I write for fifteen hours. Sometimes I can barely muster three. When it comes to creativity, I just don’t believe in pushing on a string.

I never put myself on the clock when I write. The point is to lose yourself in time. To do that, you can’t dwell on it.

If you didn’t write, what would you do for work?

I think of my professional life as a body of work.

I’ve been so lucky to have had a remarkable string of professional experiences. When I’m not writing, I get to work with my business partner as we grow Think Research – a leading health data company. The two hundred folks that report to work every day constantly blow my mind. We started out in my business partner’s condo kitchen and we now operate on four continents.

My greatest creation, though, are the two souls that Jade and I have brought into this world. Being their Dad is my most important line of work.

My favourite childhood book was more of a reference document than literature. It was The Kingfisher Geography Encyclopedia. Let me unpack this a bit. It served as a bridge between myself and my Japanese grandfather, Hideo Sakamoto. He spoke in broken English and spent his entire life toiling as a farmer. His intellect was largely masked in Canada, unable to find flight. But, he was an amateur historian. Had he stayed in Japan, he would have almost certainly taught history. We’d go continent by continent and talk about each country, their population, their capital city, what each flag symbolized. This was he we came to know each other. I was fortunate to come to understand the unifying power of the printed word at a very young age. What a gift.

Forgiveness offered me the opportunity to capture the lives of the giants in my life. Ralph and Mitsue were able – in their own way and on their own terms – to get back on their feet after the world pushed them to their knees. Their victory was not that they lived but rather how they went on to live their lives. They filled their hearts with love and empathy and chased out the darkness. They refused to dwell on the injustice they faced. They got on with it. It is such an honour to share these remarkable people with the world.

What are you most looking forward to being a juror for the 2020 Scotiabank Giller Prize?

Every time I get myself into something like this, it is the opportunity to expand my horizon that draws me in. But, invariably, it is the people I have the privilege of interacting with that is the greatest joy. I mean, look at the panel: how can this not be an incredible experience?