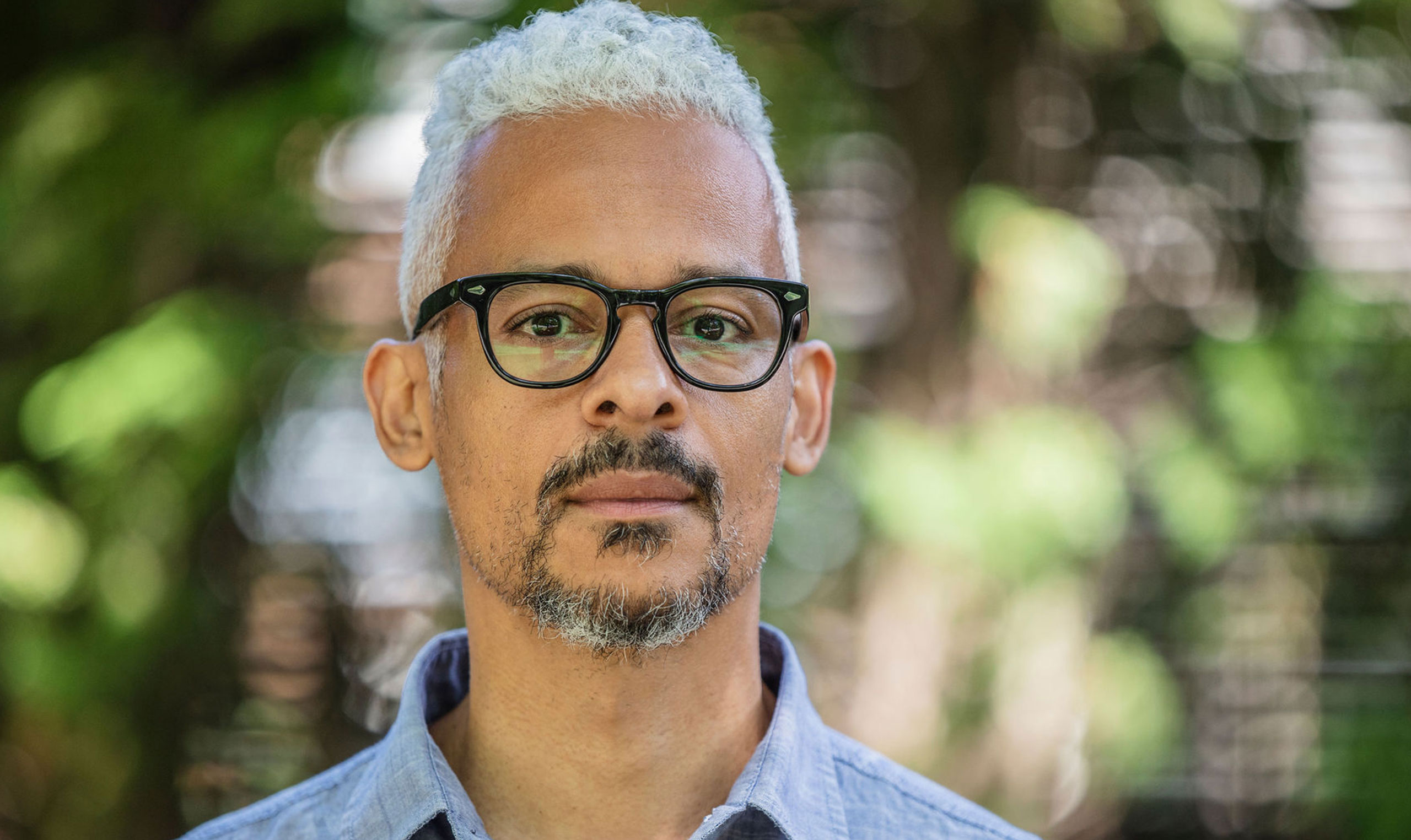 Kaie Kellough is a novelist, poet, and sound performer. His work emerges at a crossroads of social engagement and formal experiment. From western Canada, he lives in Montréal and has roots in Guyana, South America. His books include Dominoes at the Crossroads (short fiction, Véhicule 2020), Magnetic Equator (poetry, McClelland and Stewart 2019), and Accordéon (novel, ARP 2016). Kaie’s writing has been awarded the Griffin Poetry Prize and the QWF Hugh MacLennan Prize for Fiction. It has been longlisted for the Scotiabank Giller Prize, and nominated for several other national awards.

Kaie’s vocal performance, recorded audio, and electronic narrative explore migration and futurity. He creates mixed media compositions with saxophonist and synthesist Jason Sharp. Their collaborative audio-visual performances have been filmed and broadcast by jazz festivals in Europe and Canada. Kaie has written plays for television and librettos for large musical ensembles. His solo and group sound performances have toured internationally.

To proceed in an improvised way for months, until I realize I have fragments of something worth keeping. Then, I’ll consider how to assemble the pieces. As they fuse, the focus narrows, as does the research, and the process of writing gradually becomes more disciplined. I wake up earlier and earlier. I can’t shake the work loose from my thoughts; it takes up residence in me. I also belong to it, and I become more single-minded, more committed as the work takes shape.

How many hours a day do you try to write? Why did you choose this number?

Time seems to be distributed across my weeks in uneven quantities, but time is never really the concern. The major concern is having the space of mind to devote to the writing. A quality and depth of attention, really, a refinement of focus, that can last for 10 miraculous minutes, or it can linger for hours, but I try to write for as long as the state of focus lasts. Once I can feel it dissipating, I stop writing.

Among my own works I have my preferred pieces, but I try not to think of them too much. I try to consistently look ahead. I aim to avoid repeating myself. I’m preoccupied with the thought that as a writer some degree of repetition is inevitable, but that I need to constantly acquire new techniques and new ways of seeing, new approaches to language, new approaches to the poem or to narrative. I want to continue growing and progressing as a writer, so I try to focus on what I haven’t yet written.

Is there a book you enjoy rereading?

I do go through cycles with certain poets, novelists, and musicians. I return to specific works every few years. Leaving a period of years between rereads can be instructive. Because of the way our lives, concerns, and interests change, we react to different ideas, different passages within the same work. Things that might have been overlooked or that might have seemed insubstantial on an earlier read, may grasp and hold us on a later read. We also evaluate the book differently when we look at its construction, the way its sentences, or its lines are assembled, the way the language moves. Something that once seemed beautiful might later seem saccharine, and what seemed terse might seem beautiful after a few years. It’s always a pleasure to be able to grow and change in relation to a book.

What are you most looking forward to being a juror for the 2022 Scotiabank Giller Prize?

The reading and the introduction to how my co-jurors think about fiction. There is a lot to learn in this process, and I’m grateful for that learning.