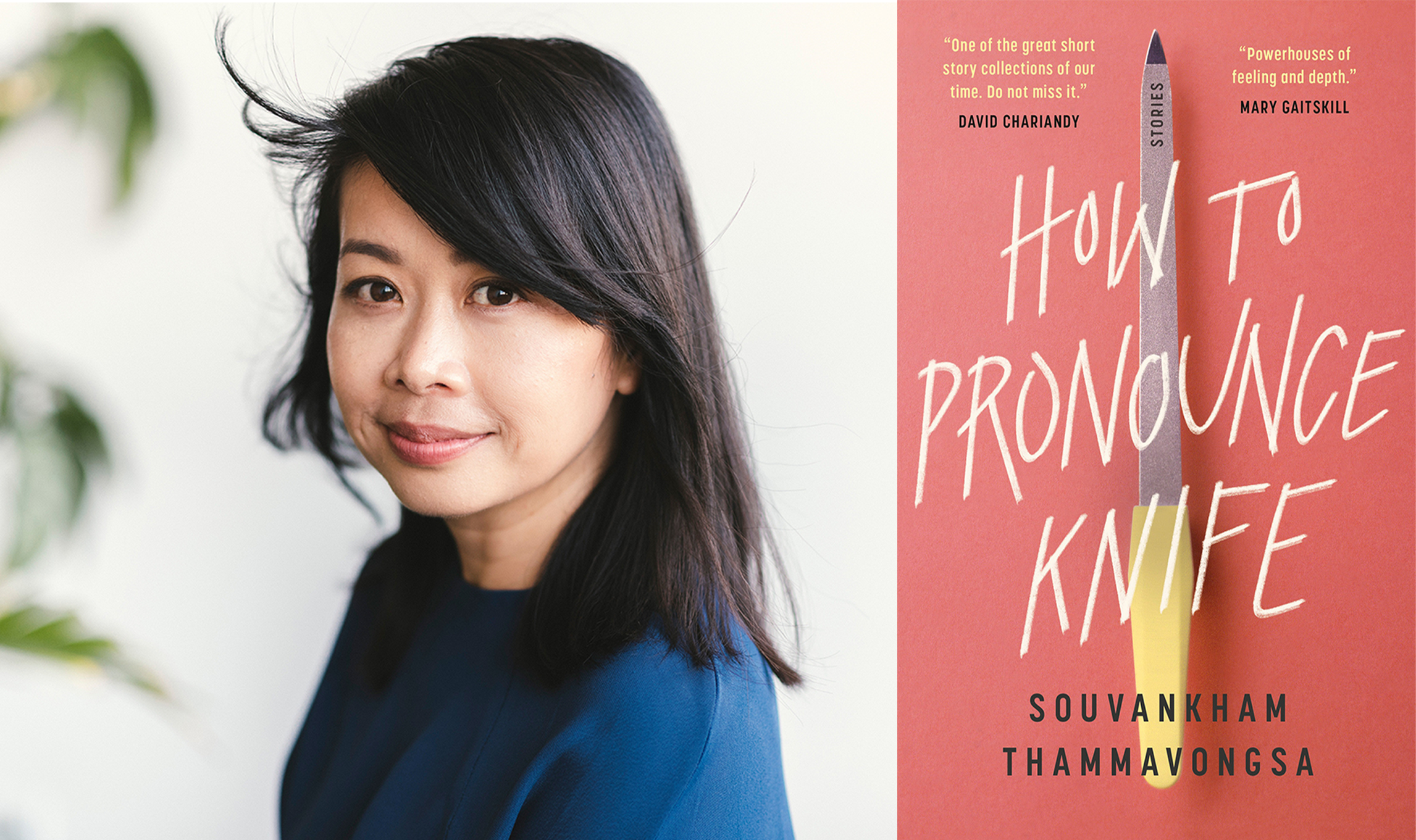 November 9, 2020 (Toronto, Ontario) – Souvankham Thammavongsa is the winner of the 2020 Scotiabank Giller Prize for her short story collection, How To Pronounce Knife, published by McClelland & Stewart. Thammavongsa will receive $100,000 courtesy of Scotiabank.

The remaining finalists, listed below, will each receive $10,000.

The winner was announced tonight at the Scotiabank Giller Prize award ceremony, hosted by Canadian actor Eric McCormack, with performances by Canadian singer and songwriter, Diana Krall. The ceremony was presented commercial-free by Scotia Wealth Management on CBC, CBC Radio One, CBC Gem and streamed live on CBCBooks.ca.

Of the winning book, the jury wrote: How to Pronounce Knife is a stunning collection of stories that portray the immigrant experience in achingly beautiful prose. The emotional expanse chronicled in this collection is truly remarkable. These stories are vessels of hope, of hurt, of rejection, of loss and of finding one’s footing in a new and strange land. Thammavongsa’s fiction cuts to the core of the immigrant reality like a knife – however you pronounce it.

Souvankham Thammavongsa is the author of four poetry books: Light, winner of the Trillium Book Award for Poetry; Found; Small Arguments, winner of the ReLit Award; and, most recently, Cluster. Her fiction has appeared in Harper’s, Granta, The Atlantic, The Paris Review, Ploughshares, Best American Non-Required Reading, The Journey Prize Stories, and The O. Henry Prize Stories. How to Pronounce Knife is her debut book of fiction, and the title story was shortlisted for the Commonwealth Short Story Prize. Born in the Lao refugee camp in Nong Khai, Thailand, she was raised and educated in Toronto, where she is at work on her first novel.

Listen to CBC Radio’s q tomorrow at 10 a.m. EST for an interview with Souvankham Thammavongsa and relive the broadcast at CBCBooks.ca.

@GillerPrize will also be hosting a live Twitter chat with Thammavongsa on Thursday, November 12 at 2 p.m. EST, using the hashtag #GillerWinner.

Images of the winner, finalists and their books are available on the Media Resources page at www.scotiabankgillerprize.ca.

“Warmest congratulations to Souvankham, tonight’s top winner for her exquisite collection, How to Pronounce Knife. In this most unusual moment in history, the jury – in what they described as the most intimate book club ever – chose this work for its excellence and this author as 2020’s fully realized rising literary star.”
– Elana Rabinovitch, Executive Director, Scotiabank Giller Prize

Thammavongsa will be honoured at the 2021 virtual San Miguel Writer’s Conference & Literary Festival, in January.

The Giller Prize, founded by Jack Rabinovitch in 1994, highlights the very best in Canadian fiction year after year. In 2005, the Prize teamed up with Scotiabank who increased the winnings four-fold. The Scotiabank Giller Prize now awards $100,000 annually to the author of the best Canadian novel, short story collection, or graphic novel published in English, and $10,000 to each of the finalists. The award is named in honour of the late literary journalist Doris Giller by her husband Toronto businessman Jack Rabinovitch, who passed away in August 2017.

Scotiabank is a leading bank in the Americas. Guided by our purpose: “for every future”, we help our customers, their families and their communities achieve success through a broad range of advice, products and services, including personal and commercial banking, wealth management and private banking, corporate and investment banking, and capital markets. With a team of over 90,000 employees and assets of approximately $1.2 trillion (as at July 31, 2020), Scotiabank trades on the Toronto Stock Exchange (TSX: BNS) and New York Stock Exchange (NYSE: BNS). For more information, please visit and follow us on Twitter @ScotiabankViews.