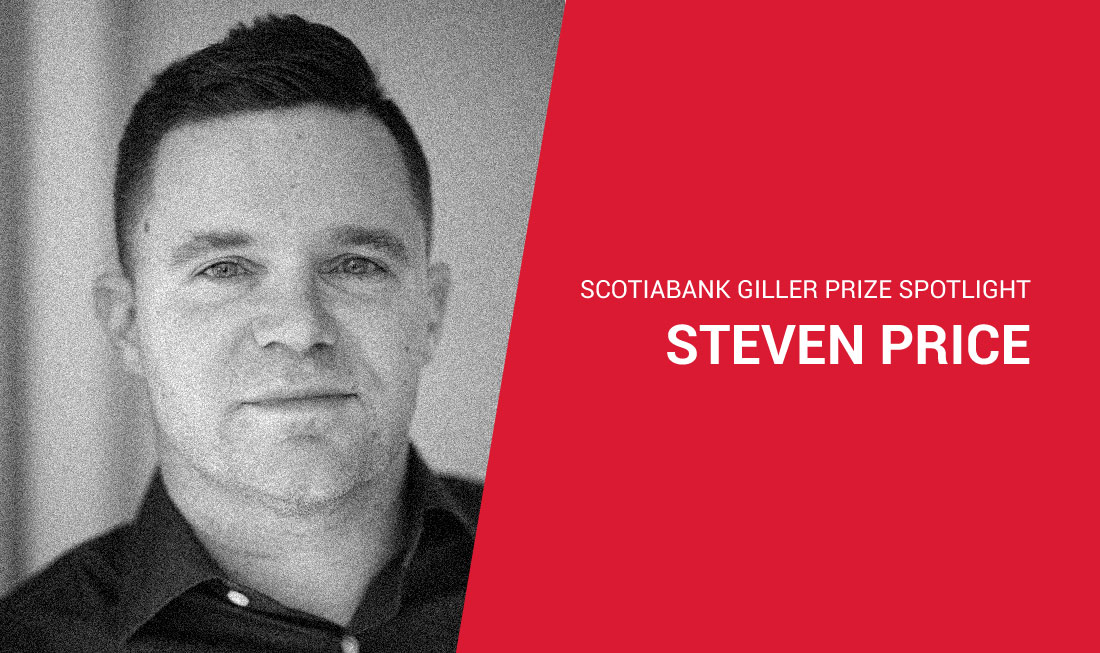 Steven Price is the author of two novels, By Gaslight (2016), longlisted for the Scotiabank Giller Prize, and Into That Darkness (2011). Also an acclaimed poet, he has written two award-winning poetry books, Anatomy of Keys (2006), winner of the Gerald Lampert Memorial Award, and Omens in the Year of the Ox (2012), winner of the ReLit Award. He lives in Victoria, B.C.

Concentrated stillness, quiet, time alone, the permission to go deep into yourself. Sleep. These are things that lead to writing, I find, rather than inspiration. I do believe writing comes out of other writing, and that the hardest thing is to begin.

At my desk, early in the morning, while the house is asleep. Wearing my old writing shirts.

A book never feels finished and then all at once it’s into production and there’s very little to be done and I’m left surprised and listless. I go from room to room in the house feeling like I’ve forgotten something.

Sometimes books come from mysterious places and this was one such book for me. I don’t know. It’s a story about art and failure and legacy and the strange hopeful act of writing a novel. But it’s also about a world in transition, an age of crisis, a person who has been left behind by history. Above all, I hope it tells the story of an imperfect man trying to understand the life he was given, the life he has lived, and trying to translate it into art.