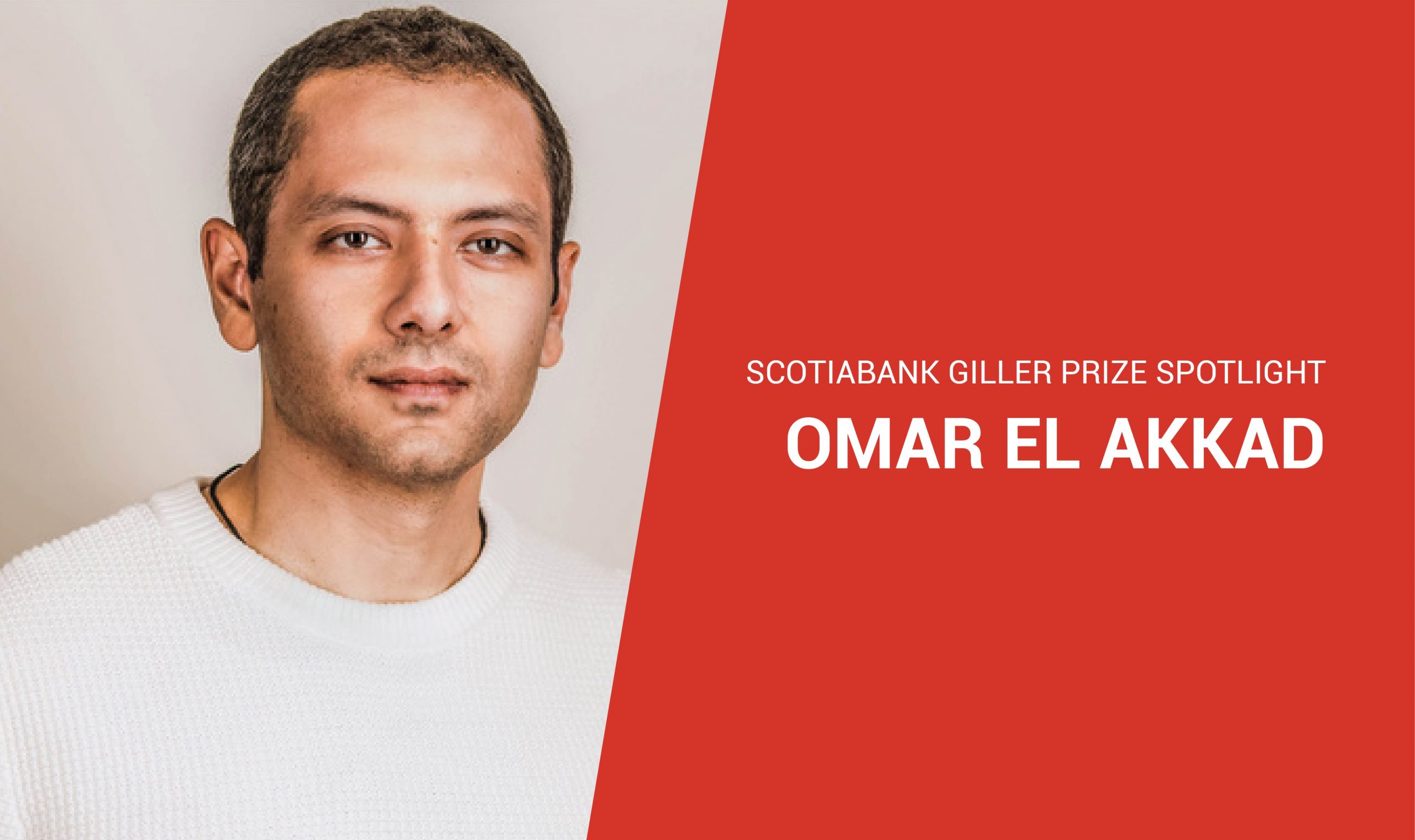 Omar El Akkad’s novel, What Strange Paradise has been longlisted for the 2021 Scotiabank Giller Prize.

Omar El Akkad is an author and journalist. His debut novel, American War, was an international bestseller and has been translated into thirteen languages. It won the Pacific Northwest Booksellers Association Award, the Oregon Book Award for fiction, and the Kobo Emerging Writer Prize. He lives in Portland, Oregon.

My first inspiration was my father, who adored Arabic literature and used to hang out in the coffee shops of Cairo’s El Hussain neighborhood to listen to Naguib Mahfouz hold court. I miss him every day.

There is a line from my favorite poem – Over and Over Stitch by Jorie Graham – that stopped me in my tracks the first time I read it: “all uses are astounding to the used.” The whole poem is such a beautiful encapsulation of the desperate beauty of living, but there’s a lot of the world in that one line.

We live out in the woods, and there’s a little house at the edge of the property that I suppose was intended to function as a rental unit, though it’s not much more than a single room overlooking the trees. That’s where I do almost all my writing.

Whenever I’m stuck, I take long walks or go for a drive – anything that engages muscle memory, gives the anxious part of my brain something else to do.

I don’t really have a tradition because it’s so difficult for me to point to a specific moment when the book is finished, given how many drafts and re-writes I tend to go through. The other day I finally archived the computer folder where I kept all my files for my debut novel, American War – almost five years after it was published.

I just finished re-reading Here is a Body, the new novel from Egyptian writer Basma Abdel Aziz. I think it’s the sharpest and most damning fictional exploration of post-Arab-Spring Egypt that I’ve ever read, and an incredibly astute indictment of authoritarianism in general. Just a brilliant, courageous work.

I have at best only a vague idea of how to define “CanLit,” but Coming Through Slaughter by Michael Ondaatje is a book I read shortly after arriving in Canada as a teenager, and has had a special place in my heart ever since. More recently, This Accident of Being Lost by Leanne Betasamosake Simpson is a book I’ve raved about so many times since I first read it that it’s becoming somewhat embarrassing, but I really do think Simpson is a genius, everything of hers I’ve read is stunning.

The only job I’ve ever successfully held down for more than a week was in journalism. I was a pretty good reporter, and I enjoyed it most of the time; it gave me a kind of education I would never have gotten otherwise.

The first “grown-up” English novel I remember reading when I was a kid in the Middle East was Little Women. I have no idea how I got my hands on it, but I remember being fascinated by these exotic faraway people and their exotic faraway lives.

I knew I wanted to write stories from when I was very young. I’ve been a guest on someone else’s land since I was five years old, I don’t have a very good answer to the question, “Where are you from?” Writing has always been a means of altering the contours of the world to fit my experience, a way to invent home.

I wanted to write about and against the privilege of instantaneous forgetting, which for me came to define much of the last decade – this psychic self-defence mechanism by which we express outrage at a particular injustice one day and then next day move on to another, and then another. I wanted to do the opposite of that, I wanted to dwell. In terms of structure, my aim was to take a comforting fairy tale that Westerners have been telling their kids for the past hundred years – Peter Pan – and use it to tell a different kind of story. That’s how I think of What Strange Paradise: an inverted fairy tale.

I learned from the experience of publishing my first novel that what I hope readers take away and what they actually take away are two entirely different things. I tend now to think of questions like this one in reverse – it’s an astounding privilege to put a book out into the world and then be told by your readers the many things it’s about. The first four people who read What Strange Paradise had four different interpretations of what the novel was doing, and more than any other part of my writing life, this has become the thing I find most comforting. I hope readers take all manner of things from my book, I hope it leads all kinds of lives.