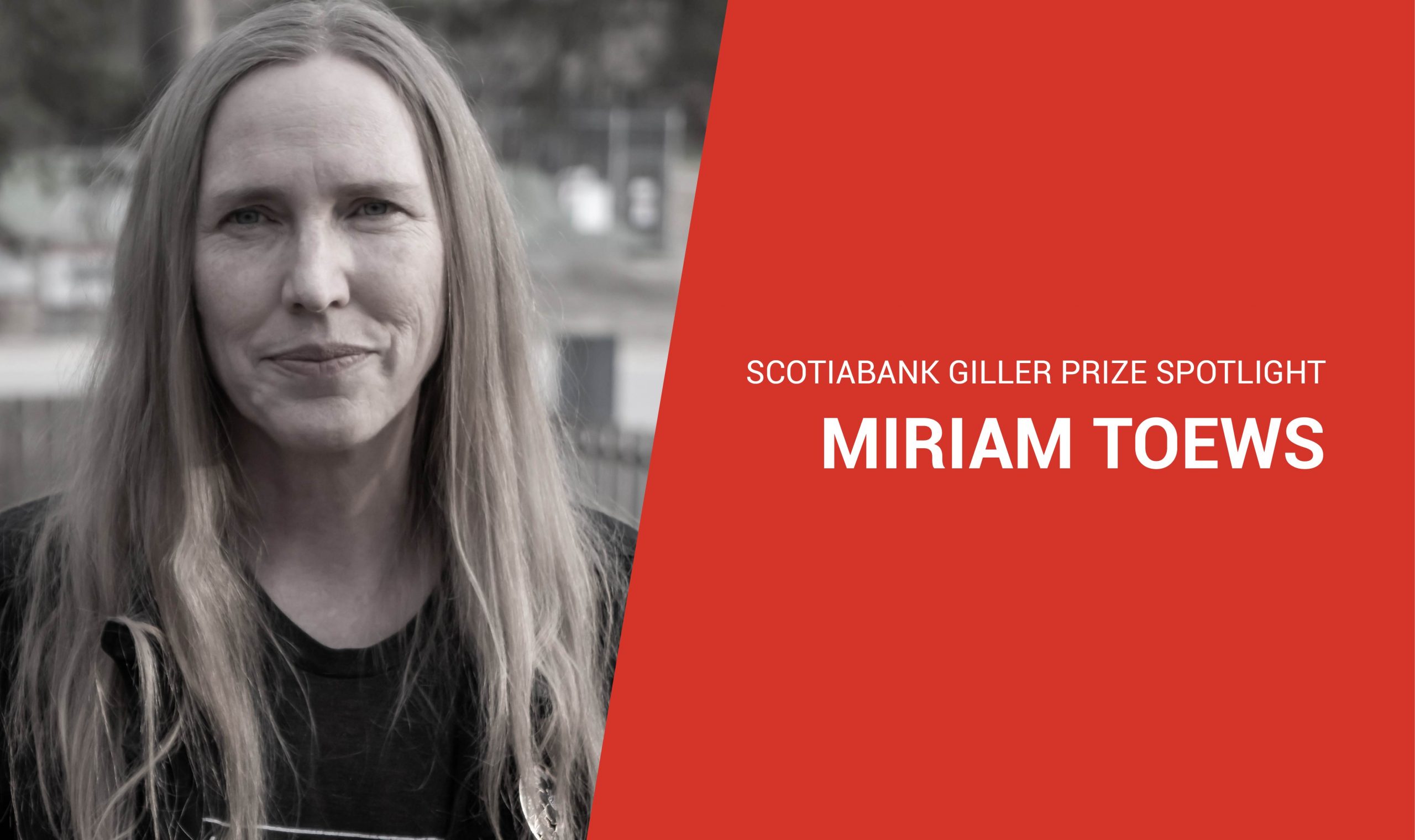 Miriam Toews’s novel, Fight Night has been longlisted for the 2021 Scotiabank Giller Prize.

Miriam Toews is the author of seven previous, bestselling novels: Women Talking, All My Puny Sorrows, The Flying Troutmans, Irma Voth, A Complicated Kindness, A Boy of Good Breeding, and Summer of My Amazing Luck, and one work of non-fiction, Swing Low: A Life. Her books have been widely published internationally, and adapted for stage and film. Among other honours, she is the winner of the Governor General’s Literary Award for Fiction, the Libris Award for Fiction Book of the Year, the Writers’ Trust Fiction Prize, and the Writers’ Trust Marian Engel/ Timothy Findley Award. She lives in Toronto.

Fear, the darkness of the world, the agony of living, the comedy of being alive, and the thrill of using words and sentences, language, to (try to) make some edible hash of it all. And, particularly, the feeling of having written, which is like (maybe, for me anyway) inexplicably having survived a plane crash or something, just walking away, intact, from a near-death experience.

“She muttered that she mustn’t ever be distracted: if she became distracted real things, which, with their violent, painful contortions, terrified her, would gain the upper hand over the unreal ones, which, with their physical and moral solidity, pacified her; she would be plunged into a sticky, jumbled reality and would never again be able to give sensations clear outlines. A tactile emotion would melt into a visual one, a visual one would melt into an olfactory one, ah, what is the real world, Lenù, nothing, nothing, nothing about which one can say conclusively: it’s like that. And so if she didn’t stay alert, if she didn’t pay attention to the boundaries, the waters would break through, a flood would rise, carrying everything off in clots of menstrual blood, in cancerous polyps, in bits of yellowish fiber.”

– Excerpted from The Story of the Lost Child, by Elena Ferrante. Translated from the Italian by Ann Goldstein. Copyright 2015 Europa Editions.

Also, “Friend, do what you came to do.” (Matthew 26:50. It’s Jesus to Judas, right before Jesus is grabbed and arrested.)

At the kitchen table.

Drink coffee, walk, talk with my friends about uselessness and other things, berate myself, sit down.

Yeah, I get depressed.

I’m reading a memoir by Vivian Gornick called The Odd Woman and the City.

Duncan Mercredi’s book of poetry called Dreams of the Wolf in the City.

I would be a cab driver.

I never wanted to be an author, I just wanted to write.