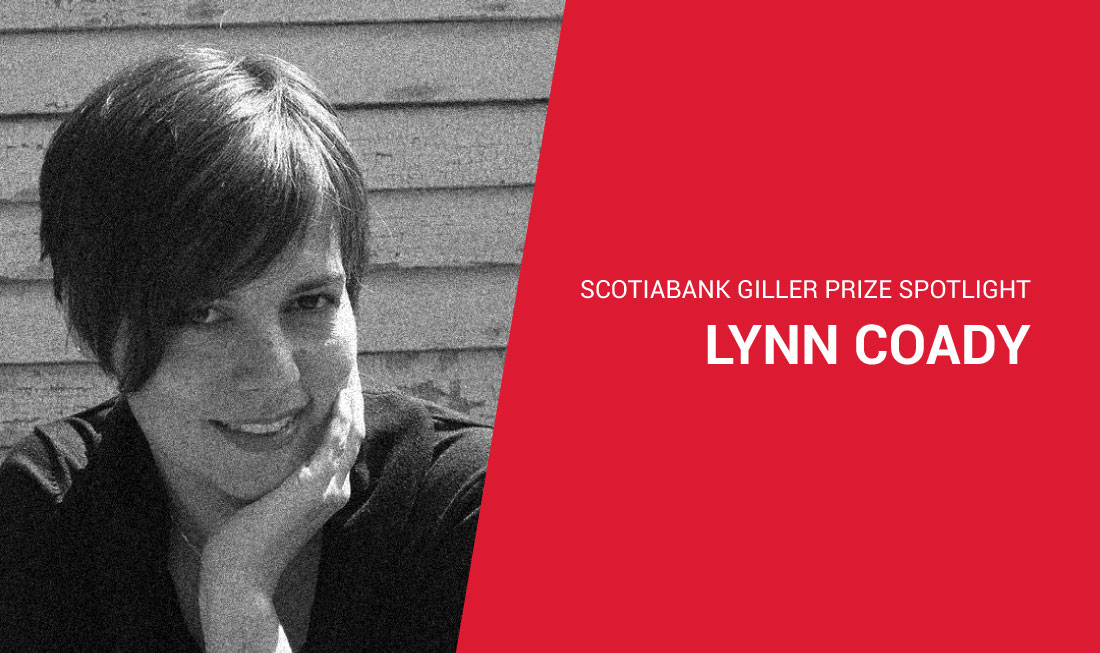 Lynn Coady’s novel, Watching You Without Me has been longlisted for the 2020 Scotiabank Giller Prize.

Lynn Coady is the critically acclaimed and award-winning author of six books, including Hellgoing, which won the Scotiabank Giller Prize, was a finalist for the Rogers Writers’ Trust Fiction Prize, and was an Amazon.ca and Globe and Mail Best Book. She is also the author of The Antagonist, winner of the Georges Bugnet Award for Fiction and a finalist for the Scotiabank Giller Prize. Her first novel, Strange Heaven, published when she was just twenty-eight, was a finalist for the Governor General’s Literary Award. Her books have been published in the U.K., U.S., Holland, France, and Germany. Coady lives in Toronto and writes for television.

Lately, my favourite passage is this story opener from Grace Paley: There is a family nearly everybody knows. The children of this family are named Bobo, Bibi, Doody, Dodo, Neddy, Yoyo, Butch, Put Put, and Beep.

I have a room in my apartment–we live in the top two floors of an old Toronto home. The room has a door leading out to the balcony where all my plants are and it has a window that looks directly out onto a bird feeder, so every time I look up from writing I see woodpeckers and goldfinches and nuthatches going to town on the seeds we’ve put out. I’ve got a huge desk with a fleece blanket folded up in the corner of it, which provides a bed for whichever one of my cats feels like keeping me company when I work. All and all it’s a pretty comfortable set up.

My tradition is that I go around telling anyone who will listen that I’m never going to write another book again.

I’ve been working my way through Lydia Davis’ essays and thanks to these essays have discovered the extraordinary short fiction of Lucia Berlin.

I have a book of selected stories by Alice Munro that I’m pretty fond of.

I was thinking a lot about care, and caregiving, because it was something my parents had always done–looked after relatives in need of care–and they were getting to an age where they were starting to need it too. And my brothers and I went through this process of figuring out what our parents needed and how to best provide it, but the process was wrapped up in a lot of guilt to do with how much we had seen them struggle and sacrifice over the years to care for others. Our lives were so different, in generational terms, from our parents–we were urban while they were rural, we were living all over the country whereas they had stayed close to home, the situation was different in a lot of ways and even though those differences were inevitable I think we often had a sense of inferiority about it–at least I did–a sense that people knew how to look after each other “back then”, whereas we were these soulless, modern types who were haplessly flailing and perhaps getting it wrong, letting our parents down somehow. Now I tend to think anyone involved in caregiving, who isn’t professional at least, grapples with that fear of getting it wrong, of not giving enough of oneself–especially, I’d venture to say, women, who are so often held up to an impossible standard when it comes to putting the needs of others first. So basically it was these three concepts that clicked together at some point in my mind and inspired the book–caregiving, guilt and women.