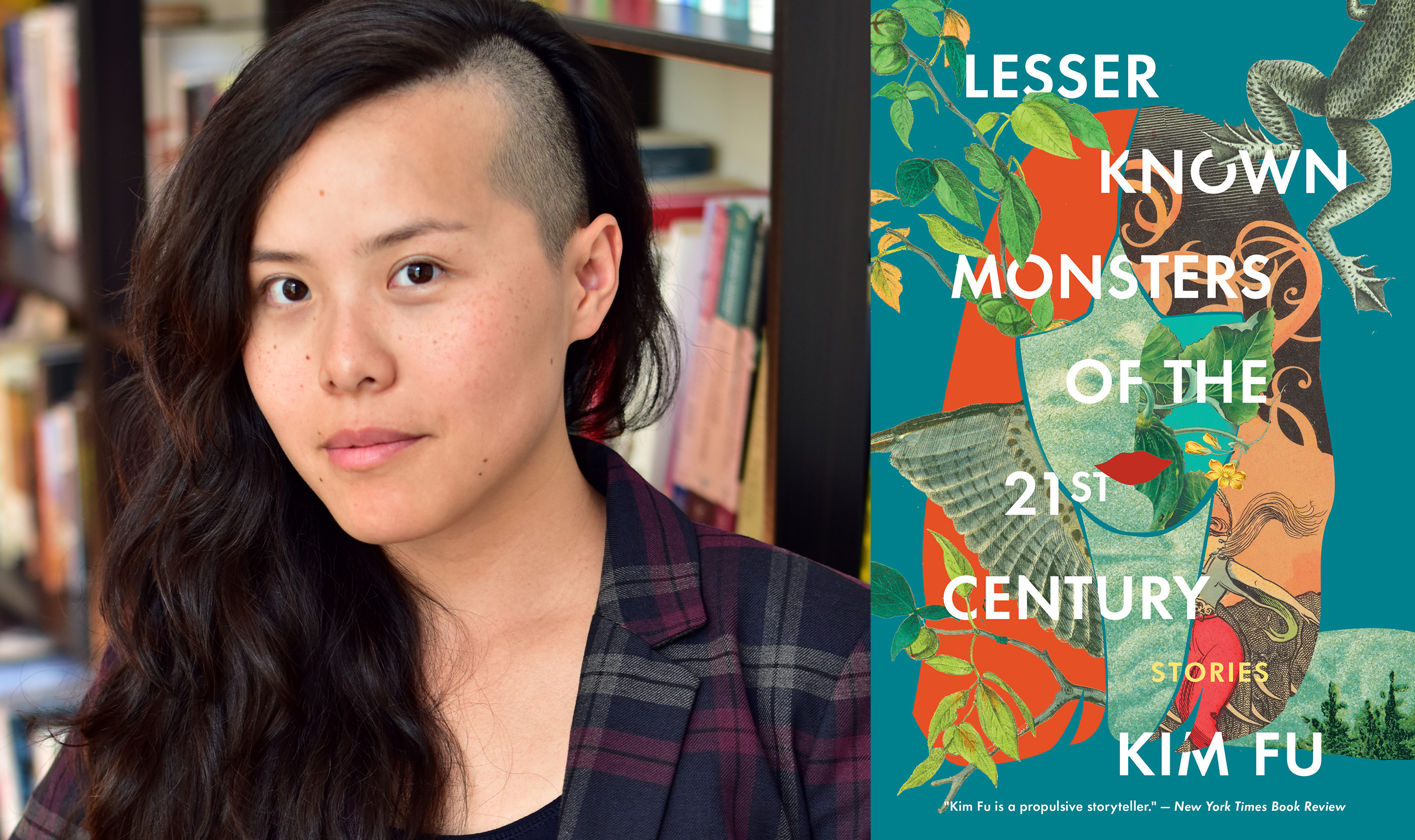 Kim Fu’s short story collection, Lesser Known Monsters of the 21st Century has been longlisted for the 2022 Scotiabank Giller Prize.

Kim Fu is the author of two novels and a collection of poetry. Her first novel, For Today I Am a Boy, won the Edmund White Award for Debut Fiction and was a finalist for the PEN/Hemingway Award, as well as a New York Times Book Review Editor’s Choice. Her second novel, The Lost Girls of Camp Forevermore, was a finalist for the Washington State Book Award and the OLA Evergreen Award. Fu’s writing has appeared in Granta, the Atlantic, the New York Times, Hazlitt, and the TLS. She lives in Seattle.

“How astonishing it is that language can almost mean / and frightening that it does not quite.” –Jack Gilbert, “The Forgotten Dialect of the Heart,” The Great Fires

Especially while working on Lesser Known Monsters of the 21st Century, I loved writing around other people writing, whether close friends at someone’s dining table, or strangers in a meet-up group in the library basement. Listening to their keyboards clack and their pens scritch, knowing they were also taking this time and taking their writing seriously—it helped me through feeling stuck, or burned out, or simply like writing was less important than my other commitments. Since the pandemic began, I’ve found Zoom writing groups don’t inspire me the same way, and I’m still trying to figure out how to recapture that sense of community and unified purpose.

I’m a useless husk of a person for about a month.

“Being an author” includes teaching and numerous related side gigs, but if I weren’t in the writing world at all, I would probably return to being a line cook. Or maybe go back to school to become an accountant. There have been particularly hard writing days where I’ve Googled “how to become a CPA.” My ideal fantasy would be working as the chef at an artist residency, the kind where I’d get to work alone, cook and menu-plan for a small number of residents, and eavesdrop on their conversations every night. (I’m sure it’s more grueling than in my imagination.)

I’ve always loved short stories, but around the end of 2017, they became—rather suddenly—all I wanted to read and to write. Before that, I’d been much more of a multi-genre writer, bouncing between many projects, writing essays, poems, and reported features alongside my novels, but it was like a switch had been flipped inside my head. Only recently has my attention turned back to other forms. I keep a record of all the books I read, and the last book I read in 2017 was Stories of Your Life and Others by Ted Chiang. I have to think that was related!