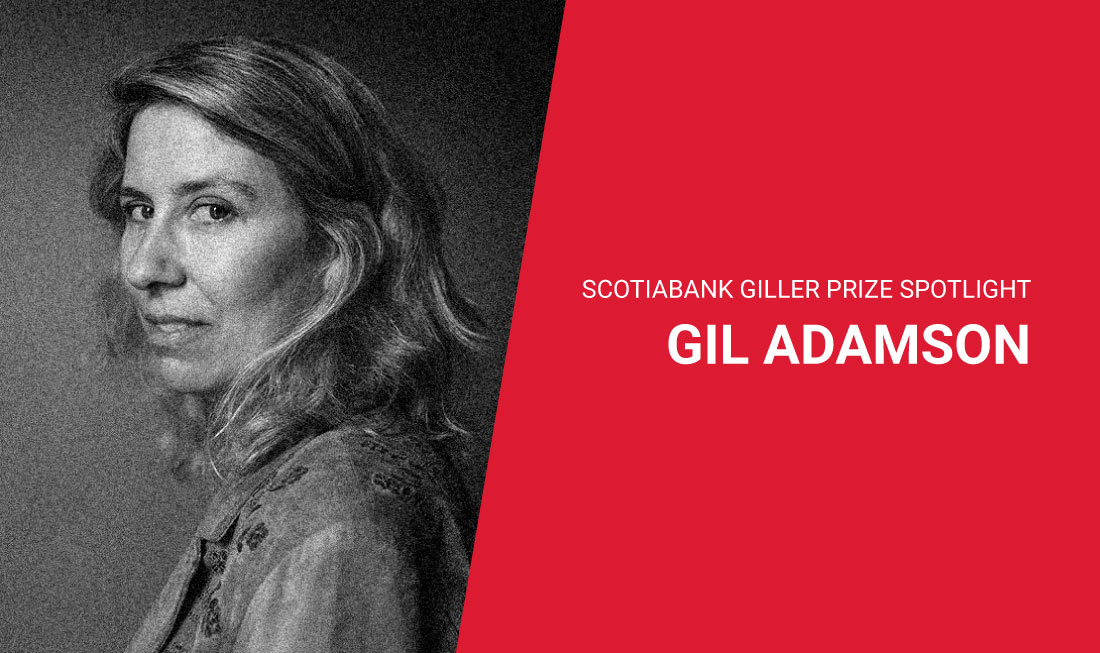 Gil Adamson’s novel, Ridgerunner has been longlisted for the 2020 Scotiabank Giller Prize.

She is the critically acclaimed author of The Outlander, which won the Dashiell Hammett Prize for Literary Excellence in Crime Writing, the Amazon.ca First Novel Award, the ReLit Award, and the Drummer General’s Award. It was a finalist for the Commonwealth Writers’ Prize, CBC Canada Reads, and the Prix Femina in France; longlisted for the International IMPAC Dublin Literary Award; and chosen as a Globe and Mail and Washington Post Top 100 Book. She is also the author of a collection of linked stories, Help Me, Jacques Cousteau, and two poetry collections, Primitive and Ashland. She lives in Toronto.

Who inspires you to write?

If my mother were here I’d say Mum. My husband Kevin also kicks my butt into the office chair. But the truth is, it’s the work of other, better writers that really excites me. That’s pretty common. Every sentence or stanza, every intuitive choice the author makes might teach me something, get me thinking along different lines. In any case, admiration makes me want to try harder.

Yes. To relax with a vengeance. You may have noticed that I take a long time to finish a book. And my editors will agree that it’s hard to convince me to let go. So, by the time a final proof has left my hands I am happy to get a break from that project. Also, it’s sensible to let the brain lie fallow for a while.

What book do you find yourself reading over and over again?

There are so many. My copy of Suttree by Cormac McCarthy is tattered and stuffed with notes, and the spine is so mistreated the book is in three pieces with tripe-like shreds of paper connecting them.

For the sheer joy of adventure, and for the surprisingly modern narrative (published in 1882): Treasure Island. I returned to it many times while writing Jack Boulton, the kid in Ridgerunner because it put me in touch with my own mind as a child, the completely un-adult way I apprehended the meaning of that story, and how vividly I’d imagined myself there.

What do you hope readers take away from Ridgerunner?

First, that the title doesn’t include “The” because this isn’t just about the man, William Moreland, but it’s also about his son, Jack. It’s about a type of person—a way of living and thinking—more than it is about a single character.

Second, Ridgerunner is a follow-up to my first novel The Outlander, but it stands on its own. I don’t like being fed backstory when I read, so I was careful to write Ridgerunner as an independent story. After all, Jack Boulton, the kid in this book, has no idea about his parents’ lives before he came on the scene. That seemed natural to me. So, if you like this book, there is a prequel, and you might find the background interesting. But, if you did read The Outlander, there are a few small easter eggs for you; and you’ll get to see what happened next.

I can’t remember a time before I knew I wanted to write, but you asked a different question. When did the desire to publish happen? The answer is: the first time I held a chapbook in my hands. It was called We Need a Modern Galileo from Pink Dog Press and it held maybe 20 pages of microfictions. The publisher, also in his 20s, had put love into it, and I swear I became a different person when I saw it finished. I advise all new writers (not just young but new) to publish themselves and each other, and to make those limited edition publications beautiful.

I’m enjoying a good old-fashioned crime jag. I love Attica Locke, and am re-reading Black Water Rising and Bluebird, Bluebird. Her books straddle the line between genre and literary fiction, and her dialogue is entirely her own. And I’m reading Tapping the Source by Kem Nunn, about a teen boy from a very small town who heads out alone to find his missing sister. I only just saw that Nunn wrote a few episodes of Deadwood. Given his ability with dialogue I can see why.