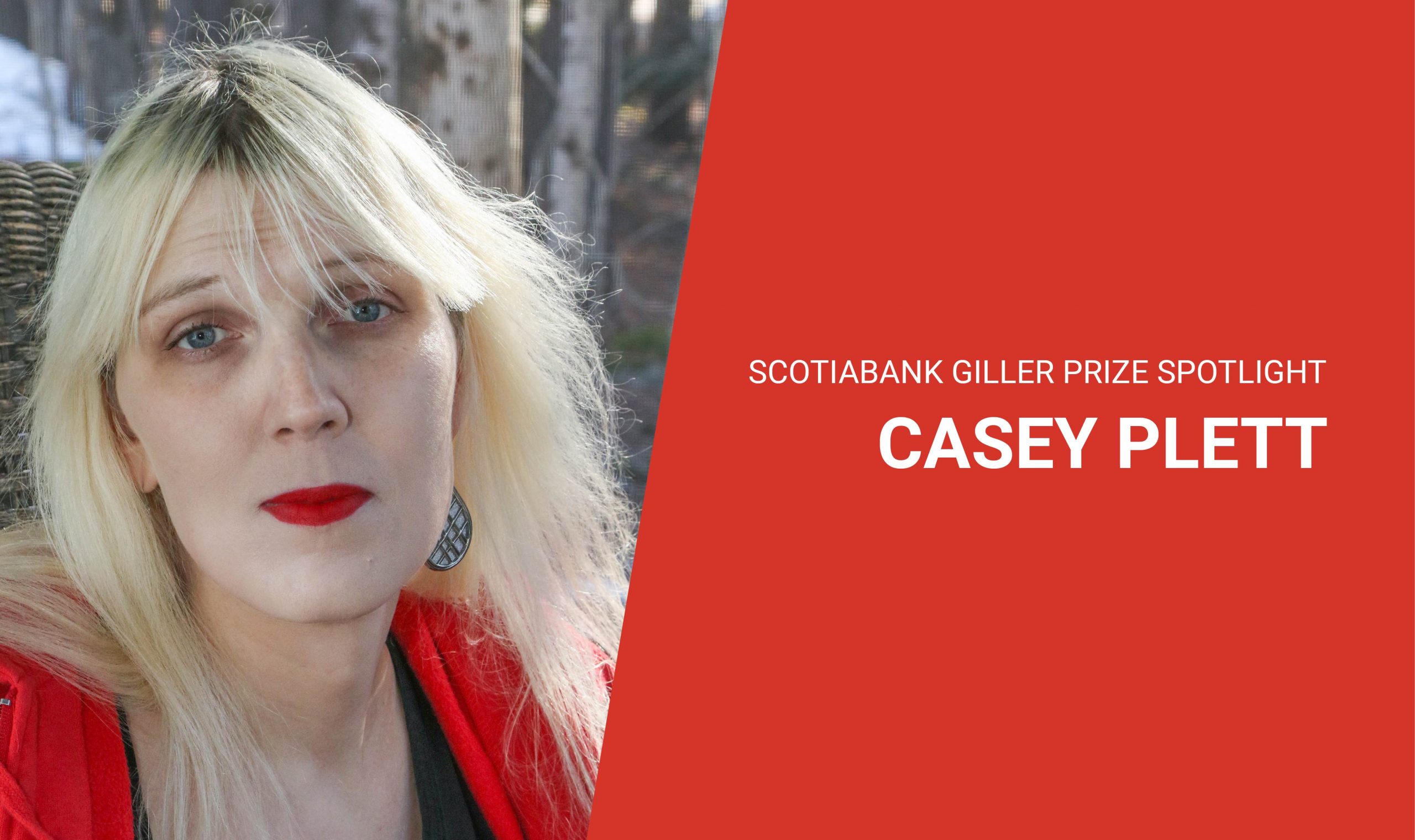 Casey Plett’s short story collection, A Dream of a Woman has been longlisted for the 2021 Scotiabank Giller Prize.

Casey Plett is the author of the novel Little Fish (Arsenal Pulp Press), winner of the Amazon Canada First Novel Award and a Lambda Literary Award, and the short story collection A Safe Girl to Love (Topside Press), also a Lambda Literary Award winner. She is also the co-editor of the anthology Meanwhile, Elsewhere: Science Fiction and Fantasy from Transgender Writers (Topside Press). She wrote a column on transitioning for McSweeney’s Internet Tendency and her essays and reviews have appeared in The New York Times, Maclean’s, The Walrus, Plenitude, the Winnipeg Free Press, and other publications. She is the winner of a Lambda Literary Award for Best Transgender Fiction and received an Honour of Distinction from The Writers’ Trust of Canada’s Dayne Ogilvie Prize for LGBTQ Emerging Writers. She lives in Windsor, Ontario.

I have to move around a lot when I’m writing (made difficult with the pandemic, as you can imagine). I will often start at home, then have to go out somewhere after an hour or two. Changing physical space is very key to how to keep my writer-brain going.

My only tradition so far, three books in, is to not write for a while afterwards, ha! Every book so far has taken so much out of me, that for nearly a year afterwards I don’t write a thing. Each book has felt like it’s my last. And then… you know… just when I thought I was out, they pull me back in!

A Complicated Kindness by Miriam Toews (who is also on the longlist? WHAT IS MY LIFE.) It’s the book I find myself reading over and over again. I first read it when I was 19, and I continue to think it’s maybe like the damn near-perfect novel. I’ve spilled plenty of ink about that book, so here I’ll just say that I think its tonal mix of scrappy and controlled is unmatched and sublime.

The kernel of it was Obsolution, a novella in five chapters that is interspersed throughout the standalone stories of A Dream of a Woman. It follows a trans woman, Vera, over a decade through the lens of her relationship with a cis woman, Iris. I might describe that relationship as the bones of the book – everything else fell into place around it, conceptually, once I began writing it.

Whatever strikes them. If I can be so churlish as to contest the framework of the question, I don’t think it’s my place nor is it productive to share with readers my hopes for what they take away from a work of fiction. I’ve been humbled so often hearing reader takeaways I never would’ve guessed at myself. So with A Dream of a Woman, I’ll leave myself open. I hope that a reader gets to the end of the book, and that they’re glad they made it there and they felt something.