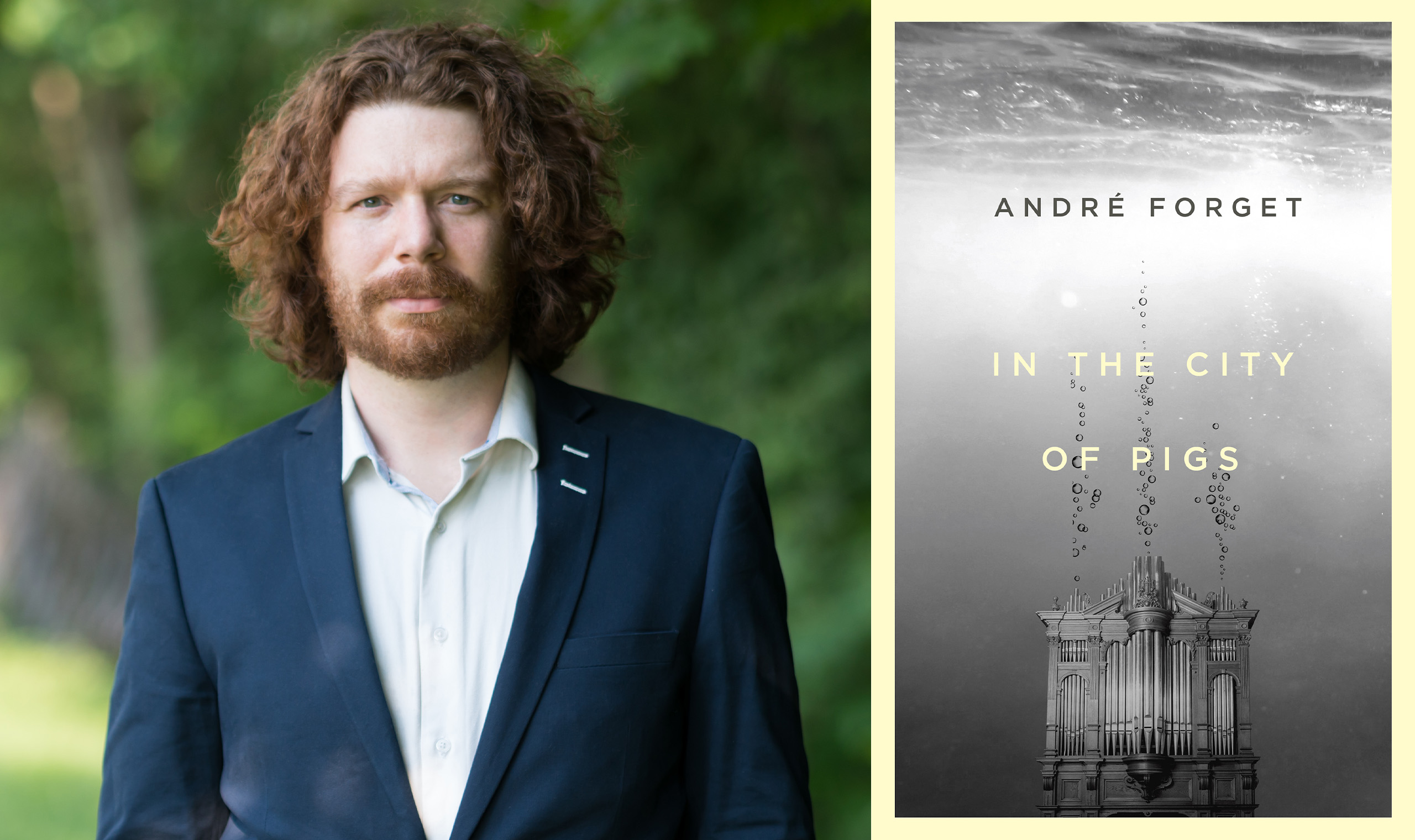 André Forget’s novel In the City of Pigs has been longlisted for the 2022 Scotiabank Giller Prize.

André Forget was born in Toronto and raised in Mount Forest, Ontario. He is the former editor-in-chief of the Puritan, and his work has appeared in a variety of magazines and newspapers in Canada and the United States. He splits his time between Toronto, the United Kingdom, and Russia.

Nostalgia, I suspect. I’ve moved around a lot, and as soon as I find myself somewhere new, I start writing about the place I’ve just left.

I’ll always have a soft spot for the opener from Flann O’Brien’s At Swim-Two-Birds: “Having placed in my mouth sufficient bread for three minutes’ chewing, I withdrew my powers of sensual perception and retired into the privacy of my mind, my eyes and face assuming a vacant and preoccupied expression.”

Public libraries. I find that walking helps to get the words flowing, so the further away the library is, the better.

In the City of Pigs is my first published book, so I’m not sure “tradition” is the right word. But I generally wrap projects up so late in the night it’s early morning, so I go for a stroll and watch the city wake up.

I’ve spent the summer working through Maxim Gorky’s sprawling tetralogy The Life of Klim Samghin. He wrote it in exile, after the Bolsheviks kicked him out of Russia for being the wrong kind of revolutionary. It’s been out of print in English since the thirties, so it’s nearly impossible to get hold of, but well worth the effort if you can.

A, by André Alexis.

Like most Canadian writers, being an author is more a hobby than a job. So I suppose I’d be doing what I do now: writing anonymous content for a mental healthcare provider. But I’d be less happy about it if I didn’t have a creative outlet.

The Old Man and the Sea. For some reason, my father thought it made for a good bedtime story.

I still don’t know if I want to be an author.

A composer friend of mine called me up and asked if I’d like to write a story about an underwater organ. Once I started, I couldn’t stop.

I don’t know. Novels are strange beasts. I can’t really remember everything that happens in, for example, Shirley Hazzard’s The Transit of Venus—a book I love very much—but I can tell you that there’s a devastatingly good scene where a guy stands in the foyer of an old country home in wet socks, smelling terrible and feeling even worse. And I remember how it felt to read that scene, and that book. Whenever my socks get wet, I think about it. My main hope is that I’ve done my job well enough as a writer that some fragment of my novel sticks in a reader’s brain, and they of it years from now, and it makes the world, for a moment, seem a little realer.