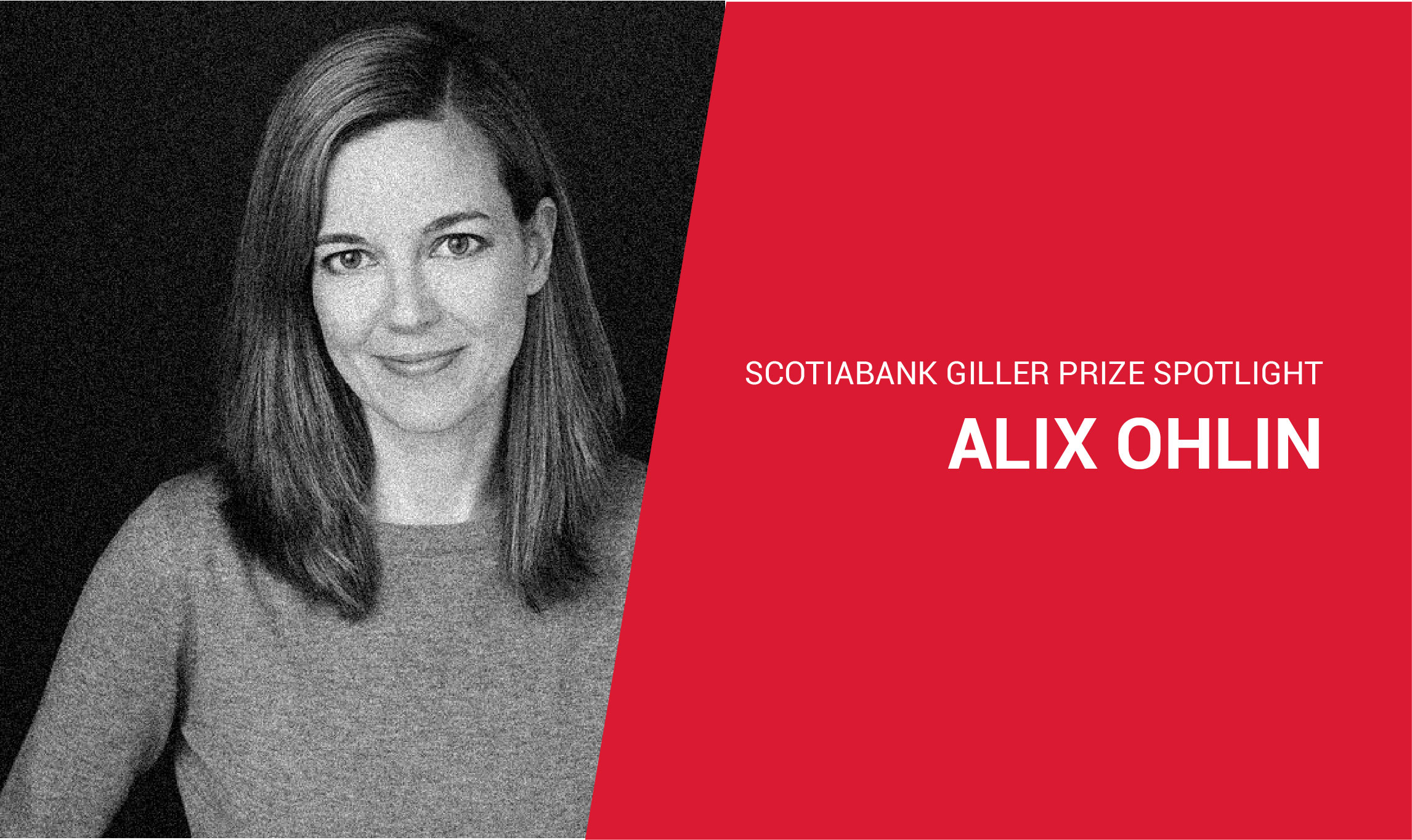 Alix Ohlin is the author of four books, most recently the novel Inside, which was a finalist for the Scotiabank Giller Prize and the Rogers Writers’ Trust Fiction Prize. Her work has appeared in The New Yorker, Tin House, Best American Short Stories, and many other publications. Born and raised in Montreal, she lives in Vancouver, where she chairs the creative writing program at the University of British Columbia

I have so many favourites! One of them is from the short story Sonny’s Blues by James Baldwin. The narrator of the story goes to see his brother play the piano, and Baldwin’s writing about music is so gorgeous and exact and almost painful. He writes, “All I know about music is that not many people ever really hear it. And even then, on the rare occasions when something opens within, and the music enters, what we mainly hear, or hear corroborated, are personal, private, vanishing evocations.” I love that phrase “vanishing evocations.” In Dual Citizens, I wrote about one sister watching another play the piano, and Baldwin’s exquisite story was a guide for me.

In bed, while drinking coffee and trying unsuccessfully to stay off the internet.

I’ve always found that ideas like to come when they’re most inconvenient. It’s sort of the artistic equivalent of how washing your car makes it rain. So, the best way to court inspiration is to put myself in a situation where writing would be next to impossible, like taking a shower or walking the dog. Then the trick is to hold onto the idea tightly enough to write it down later.

I actually don’t like finishing things — it makes me nervous to think about the work coming to an end and not being able to fiddle with it anymore. So, I always have multiple projects going at once — a novel, a collection of short stories, an essay. That way if I’m approaching the ending of one project, I can still be at the beginning or the middle somewhere else.

I just finished two novels I really loved — Optic Nerve by Maria Gainza and Drive Your Plow Over the Bones of the Dead by Olga Tokarczuk. Both are unsettling, philosophical novels narrated by women. One is about art and the power it has to define our lives. The other is a sort of existential noir about our relationship with animals. Both are full of lovely, rich language and startlingly expressed ideas.