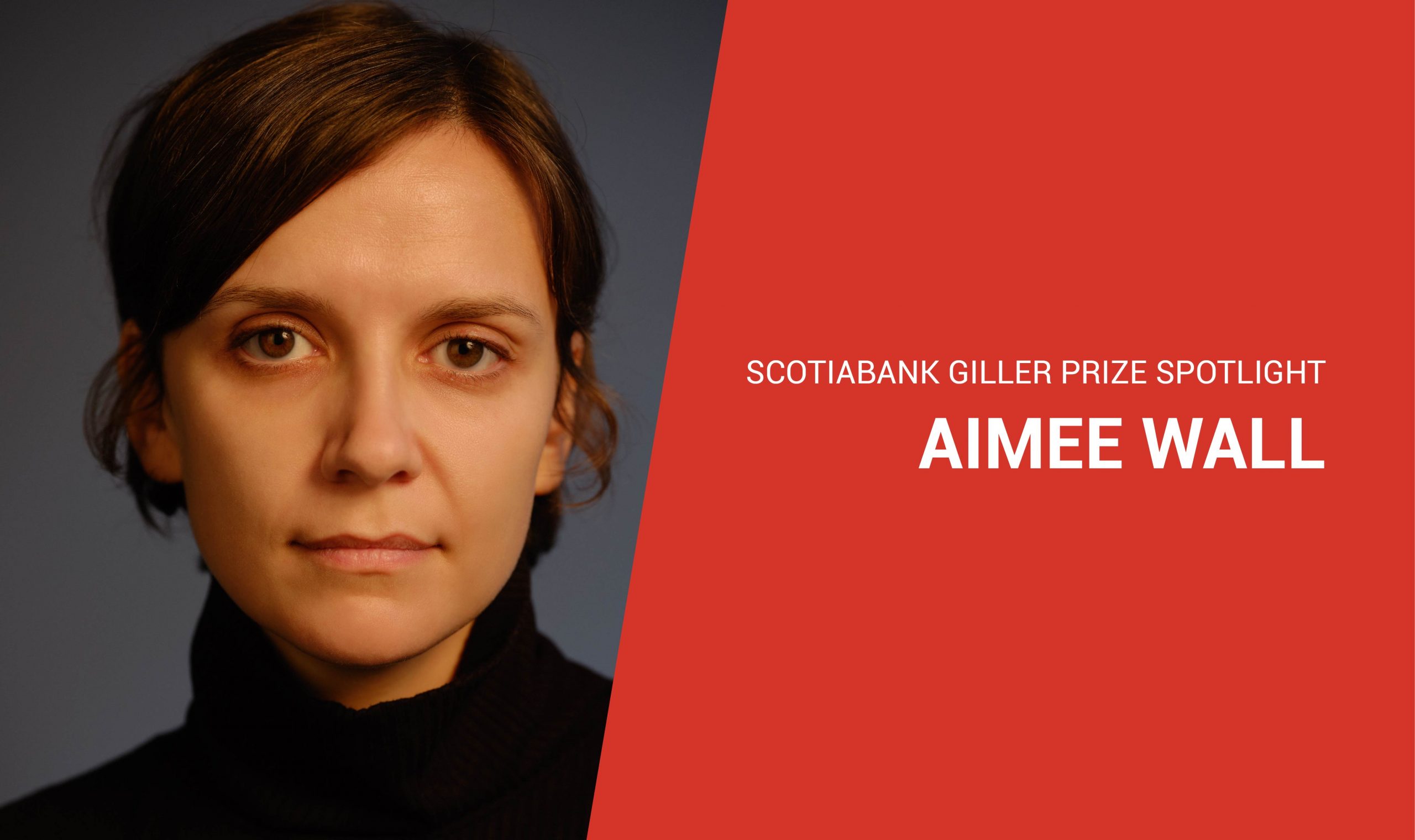 Aimee Wall’s novel, We, Jane has been longlisted for the 2021 Scotiabank Giller Prize.

Newfoundland-native Aimee Wall is a writer and translator. Her essays, short fiction, and criticism have appeared in numerous publications, including Maisonneuve, Matrix Magazine, the Montreal Review of Books, and Lemon Hound. Wall’s translations include Vickie Gendreau’s novels Testament (2016), and Drama Queens (2019), and Sports and Pastimes by Jean-Philippe Baril Guérard (2017). She lives in Montreal. We, Jane is her first novel.

I often came back to these lines from Michael Winter’s The Big Why as I was working on this book and thinking and writing about Newfoundland:

“All my life I’ve wanted to strip sentimentality from nostalgia and be left with the hearkening. With the strange newness of return.”

In my little blue office in my apartment, as early as possible in the morning.

I tend to keep a handful of books on my desk that I dip into regularly when I’m writing, to kind of remind myself of something I’m chasing or trying to channel in terms of style or mood or even a sense of humour.

I’ve always been interested in reproductive justice and the different grassroots ways people have organized around it, and then I read about the Jane collective that operated as an underground abortion service in Chicago in the late 1960s and was really taken with the story. I loved the idea of these completely ordinary women deciding to just do it themselves — an anonymous, ever-shifting, multitudinous Jane. And from there I started thinking, well what if Jane, but now? And what if Jane, but in rural Newfoundland?

It seemed to me that there is some complacency about the question of abortion access in Canada, as if all had been solved by the Supreme Court decision when really, legality has not necessarily meant accessibility, particularly for people in rural or remote communities. And even if you live in an urban area with a clinic, it can be hard not to feel this kind of precarity—that a law can just as easily be changed again. So I started imagining a new Jane, a group of people deciding to just quietly wrest back some measure of control, and protect it, and pass it on. And that turned out to be a way that I could also write a coming home story, and more specifically a story about coming home to a changing Newfoundland. So that was where I began.