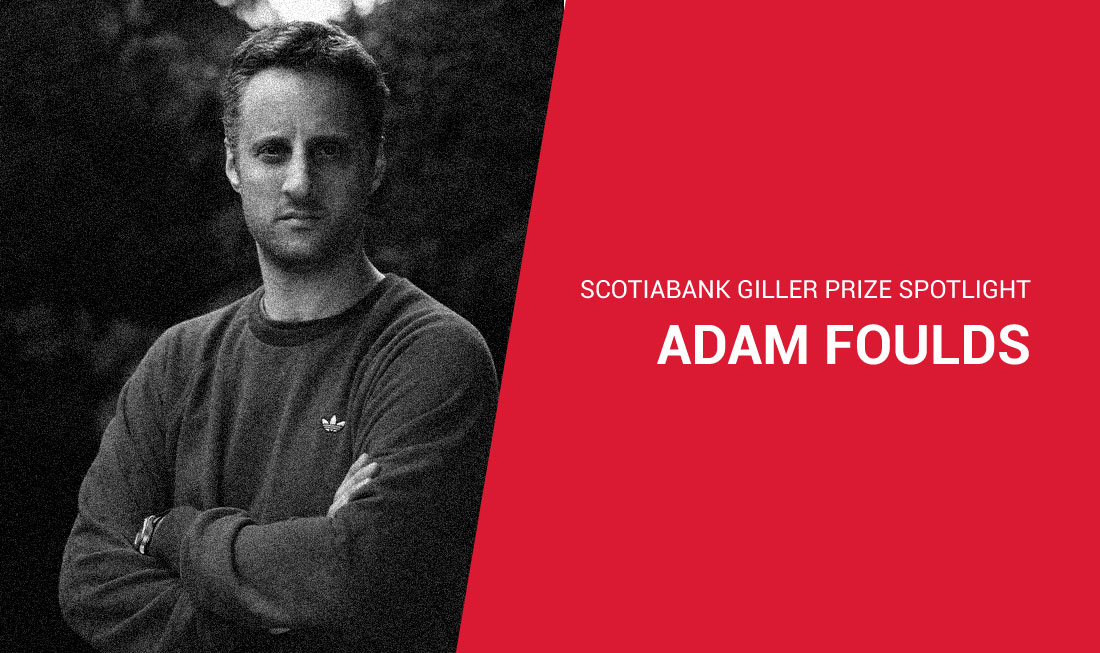 Adam Foulds is a poet and novelist from London, England, now resident in Toronto. He has been the recipient of a number of literary awards, including the Sunday Times Young Writer of the Year, the Costa Poetry Award, the Somerset Maugham Award, the South Bank Show Award for Literature, the E. M. Forster Award, the Encore Award, and the European Union Prize for Literature. His 2009 novel, The Quickening Maze, was shortlisted for the Man Booker Prize. He was made a Fellow of the Royal Society of Literature in 2010. He was named as one of Granta Magazine’s Best of Young British Novelists in 2013 and Poetry Book Society’s Next Generation Poets in 2014. His novel In The Wolf’s Mouth was published by Jonathan Cape in 2014, and his newest, Dream Sequence, was published by Biblioasis in 2019.

This is Adam’s first time being longlisted for the Scotiabank Giller Prize.

Many. I know a lot of poems by heart, by Auden, Yeats, Larkin, Keats, Dickinson. The first piece of prose I remember really altering my brain chemistry was Joyce’s The Dead. I read it as a teenager. After that final paragraph I couldn’t sit still and wandered about the house overwhelmed by this experience I’d had on my own.

My home desk. I’ve also grown very fond of High Park in Toronto and there are a few cafes I’ve found that I can work in as long as I have my noise-canceling headphones with me.

Reading above all. I like to start the day by reading things that excite my verbal imagination and remind me what fiction can be. When I get heavy and stuck, I go for a walk. Walking oxygenates thought like nothing else.

I like to make a notebook entry for the next book on the same day, to see the next stepping stone ahead of me.

Research books for the next novel. Robert Lowell’s Notebook 1967-1968. I’ve just read two short novels that couldn’t be more different and are both brilliant: Elizabeth Taylor’s Mrs. Palfrey At The Claremont and Horacio Castellanos Moya’s Senselessness. I’ve been debating for the past couple of days whether it’s time to reread Middlemarchor whether this will take me away from research for too long. I’ve only read it once and I’m strongly drawn back. I should probably just give in.

Extremely hard to choose one so I won’t. I love Michael Ondaatje’s The Collected Works of Billy The Kid (and many other novels of his). I think Marian Engel’s Bear is an amazing book and should certainly be better known outside Canada. Anne Carson’s Autobiography of Red remains a touchstone.

What I always hope for is the same as what I hope for when I read: something beautiful and memorable that arrives with a shock of familiarity and a thrill of transformation, a moving human story, and the consoling feeling of being accompanied by another mind also navigating through this world.