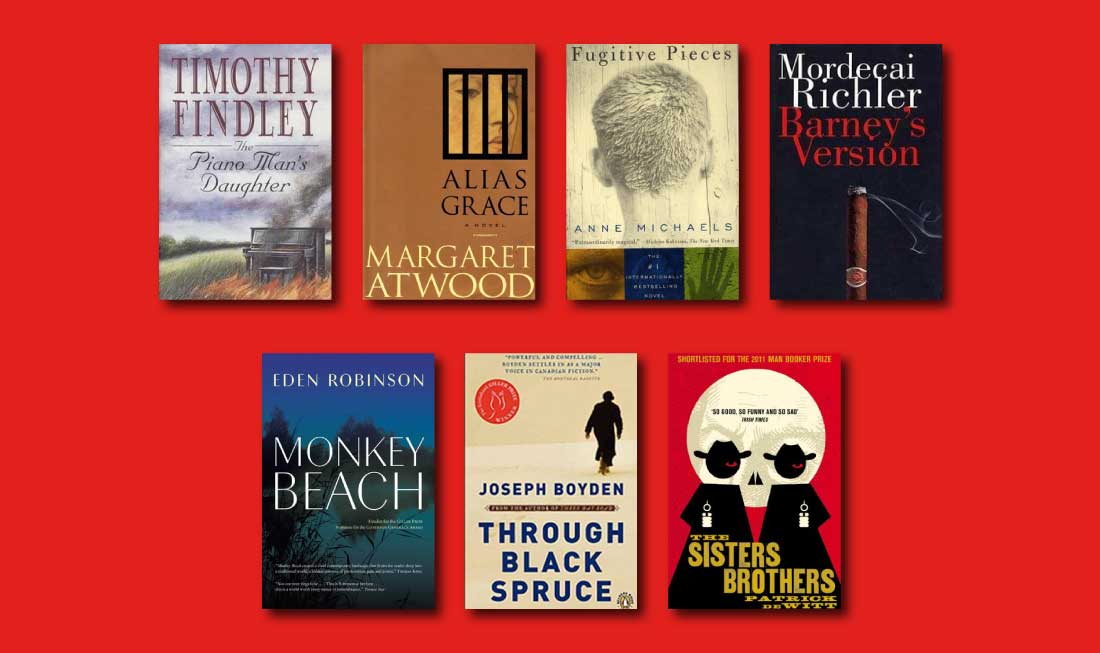 The Piano Man’s Daugther by Timothy Findley was a finalist for the 1995 Giller Prize. It was turned into a film and released in 2003.

“The story follows the life of cavalier heart-breaker Charlie Kilworth, a charismatic musician who leads a promiscuous life playing piano for a swing band in the 1930s.” – IMDB

Alias Grace by Margaret Atwood won the Giller Prize in 1996. In 2017, it was turned into a mini-series and can now be streamed on Netflix.

“In 19th-century Canada, a psychiatrist weighs whether a murderess should be pardoned due to insanity.” – IMDB

Fugitive Pieces by Anne Michaels was a finalist for the Giller Prize in 1996. It was made into a full-length film in 2007.

“A child escapes from Poland during World War II and first heads to Greece before coming of age in Canada.” – IMDB

Barney’s Version by Mordecai Richler won the Giller Prize in 1997. It was released as a film in 2010 and starred Paul Giamatti and Rosamund Pike.

“The picaresque and touching story of the politically incorrect, fully lived life of the impulsive, irascible and fearlessly blunt Barney Panofsky.” – IMDB

Monkey Beach by Eden Robinson was a finalist for the 2000 Giller Prize. The film is set to be released in 2019.

“Monkey Beach is a supernatural mystery. Layering tragedy, humor and redemption, it tells the story of Lisa, a rebellious young woman who must accept her true heroic nature in order to save Jimmy, her brother who is lost at sea. – IMDB

Through Black Spruce by Joseph Boyden won the Scotiabank Giller Prize in 2008. It was recently turned into a film and will be released in theatres on March 29, 2019.

“The disappearance of a young Cree woman in Toronto traumatizes her Northern Ontario family, and sends her twin sister on a journey south to find her.” – IMDB

The Sisters Brothers by Patrick deWitt was shortlisted for the 2011 Scotiabank Giller Prize. It was turned into a film and premiered at the 2018 Toronto International Film Festival. The film stars John C. Reilly, Joaquin Phoenix and Jake Gyllenhaal.

“In 1850s Oregon, a gold prospector is chased by the infamous duo of assassins, the Sisters brothers.” – IMDB