Skip to content
The Scotiabank Giller Prize Presents Its 2017 Longlist 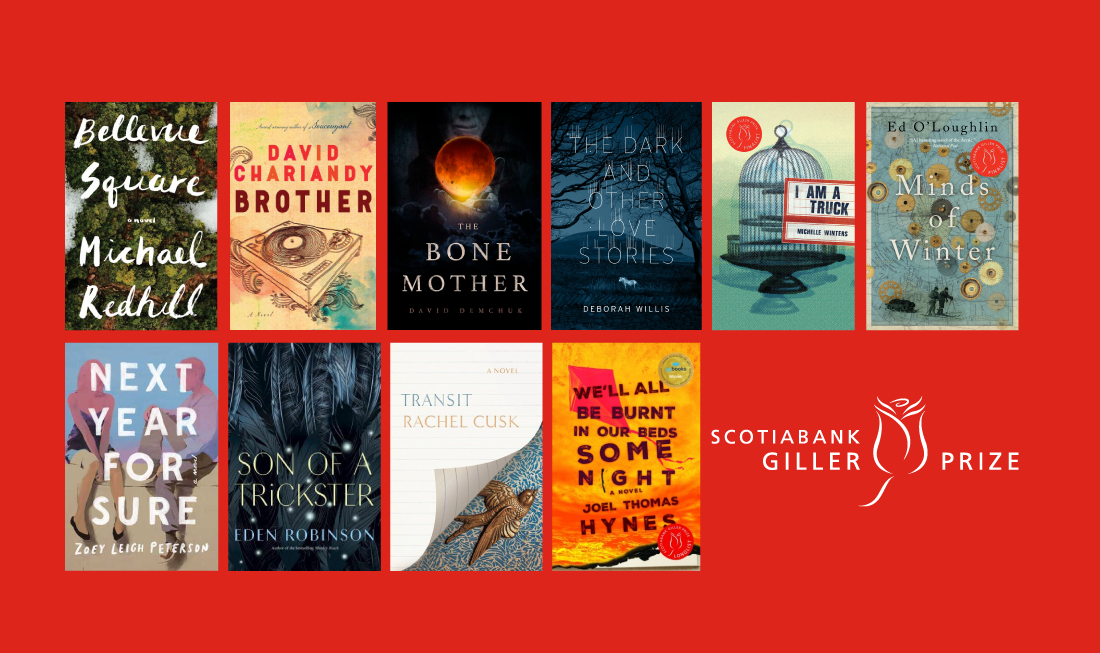 The Scotiabank Giller Prize is pleased to announce its longlist for this year’s award. The 2016 prize winner, Madeleine Thien, announced the longlist titles during a ceremony at The Rooms in St. John’s, NL. The twelve titles were chosen from a field of 112 books submitted by 73 publisher imprints from across Canada.

The longlist for the 2017 Scotiabank Giller Prize is:

“Twenty seventeen was an intriguing year for Canadian fiction. As with any year, there were trends, themes that ran through any number of books: the plight of the marginalized, the ongoing influence of history on the present, the way it feels to grow up in our country, the way the world looks to the psychologically damaged. But 2017 was also a year of outliers, of books that were eccentric, challenging or thrillingly strange, books that took us to amusing or disturbing places. In fact, you could say that the exceptional was one of 2017’s trends. It gave the impression of a world in transition: searching inward as much as outward, wary but engaged.”

This year’s shortlist will be announced at a press event to be held at the Scotiabank Centre in Toronto on Monday, October 2.

The Scotiabank Giller Prize is delighted to present a series of special readings featuring this year’s shortlisted authors, taking place in Calgary on October 12, Vancouver on October 16, Halifax on October 26, Ottawa on November 1, Toronto on November 6 and London, U.K. on November 9. Between the Pages: An Evening with the Scotiabank Giller Prize Finalists will take you inside the minds and creative lives of the writers on the 2017 shortlist. For venue and ticket information, please visit: www.scotiabankgillerprize.ca/news-events/events-and-important-dates/

Beginning in 2017, Audible.ca will be the exclusive audiobook sponsor of the Scotiabank Giller Prize.

The Scotiabank Giller Prize, founded in 1994, highlights the very best in Canadian fiction year after year. The prize awards $100,000 annually to the author of the best Canadian novel or short story collection published in English, and $10,000 to each of the finalists. The award is named in honour of the late literary journalist Doris Giller by her husband, the late Toronto businessman Jack Rabinovitch, who passed away in August 2017.

CBC/Radio-Canada is Canada’s national public broadcaster and one of its largest cultural institutions. We are Canada’s trusted source of news, information and Canadian entertainment. Deeply rooted in communities all across the country, CBC/Radio-Canada offers diverse content in English, French and eight Indigenous languages. We also provide international news and information from a uniquely Canadian perspective. In 2017, CBC/Radio-Canada will be at the heart of the celebrations and conversations with special 2017-themed multiplatform programming and events across Canada.