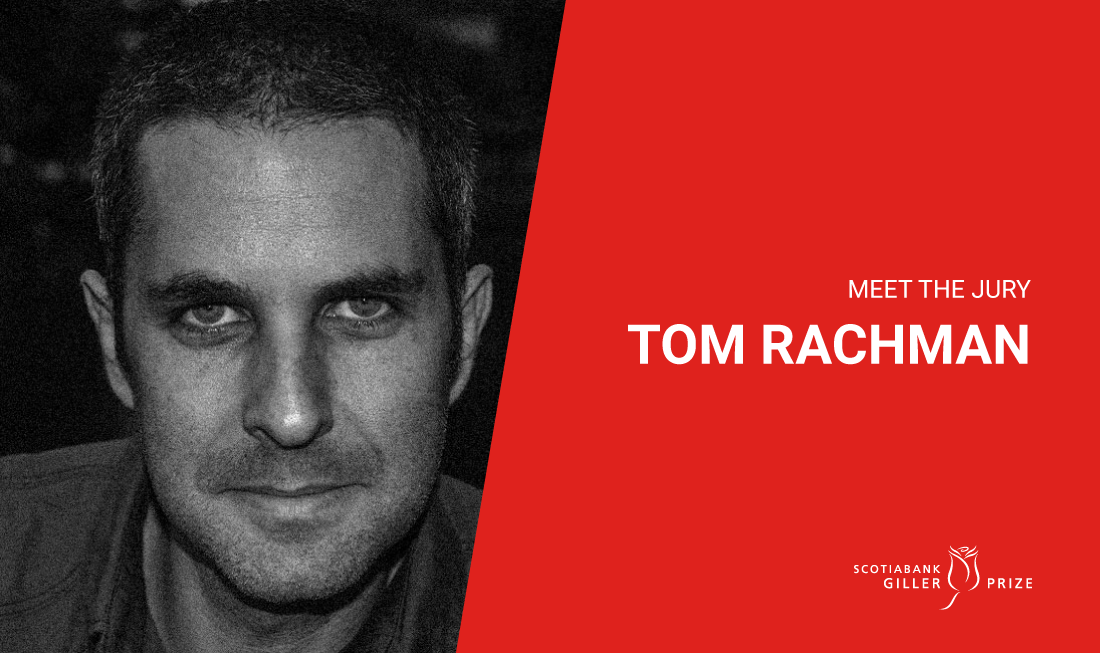 Tom Rachman is the author of four works of fiction, including the international bestseller The Imperfectionists (2010), which was longlisted for the Scotiabank Giller Prize, won the Canadian Authors Award for Fiction, and was named a New York Times book of the year. His most recent novel, The Italian Teacher (2018), was shortlisted for both the Costa Award and the South Bank Sky Arts Award. Rachman has written for The Globe & Mail, The New York Times, the Washington Post, The Wall Street Journal, the Times Literary Supplement, and The New Yorker and The Atlantic online. Born in London, he was raised in Vancouver, attended the University of Toronto and Columbia University, and worked as a journalist for the Associated Press in Rome and the International Herald Tribune in Paris. He is based in London.

I was the least bookish person in my family; movies obsessed me. But at the University of Toronto, I found students chatting about this novel or that, and had to see for myself. I became passionate, reading great fiction and writing some of the worst. One evening when nearing graduation, I sat in a playground with a friend, discussing the future. “What,” I said, “what if I tried to become a writer?”

I travel someplace where I know nobody, and rent a quiet apartment for a week or two. Each morning, I fill myself with strong tea, read for an hour to stir my brain, then sit at the laptop, disappearing till midday, when I venture outside to explore my surroundings. That afternoon, I’ll resume: tea and typing. Finally, I look up, startled that it’s night. After a few days, I’m in a blissful state, immersed and muttering. I go mad if I stay too long.

I worked as a journalist for seven years. I would travel to news assignments, plotting out the predicted article – only to discover a scene and people who transformed all my expectations. Something similar happens when I start a piece of fiction. I’ll outline storylines and characters, and write an awful first draft, chiefly to explain to myself what it will be about. Then I make it more authentic, reading all I can on the topic, visiting locations with a notepad, and interviewing those who have known the milieu. This exposes my many misconceptions, and the story should be much improved after.

I’m not too fussy, provided a few basics: quiet, computer, tea. At the moment, this means the office at the top of my home in London, overlooking the cramped back gardens of other terraced houses. Sometimes my mind will drift, and I stand, looking abstractly out the window – often provoking glares from neighbours, rightly bothered to find a strange man with a cup of tea gazing down at them.

If you didn’t write, what would you do for work?

My life took unpredicted turns that led to this career, which alternates patches of exhilaration with patches of dejection. Perhaps that’s the nature of creative work. Perhaps it’s the nature of me. But I could have found myself on another path. When young, I intended to be a life-insurance salesman (like a heroic uncle). Later, a defense lawyer (inspired by courtroom-drama movies). Film director was an ambition too. But I’ve never shown myself to be a natural commander, so would have failed. What I need is a job where I can feel like an outsider, even if only in secret.

Charlie and the Chocolate Factory, by Roald Dahl. Horrible characters getting their comeuppance, and neglected ones breaking through. Also, chocolate. The golden ticket, which grants Charlie access to the magical factory, is among the best props in fiction.

An essay published in the Washington Post about my sister’s books. She died at age 40, and I went to clear out her apartment in D.C. This was as painful as you’d imagine, deciding the fate of the final possessions of someone who should have existed. Emily’s books were full of her past. I kept most of them. To publish that memoir in the newspaper of her adopted city meant a great deal to me.

What are you most looking forward to being a juror for the 2020 Scotiabank Giller Prize?

First, to read so much new writing in such a concentrated span. I’m curious to see whether common themes and styles emerge, or if each book seems absolutely unique. Second, I look forward to knowing my fellow jurors, who seem such an impressive and fascinating group. As a writer, you have the satisfaction of control but the disadvantage of solitude. As a juror, you lack complete control but gain greatly by the company. What initially propelled me to literature during university were other people and the anticipation of conversation about what we read. It makes every page more vibrant.