How to Watch the 2021 Scotiabank Giller Prize Gala Broadcast 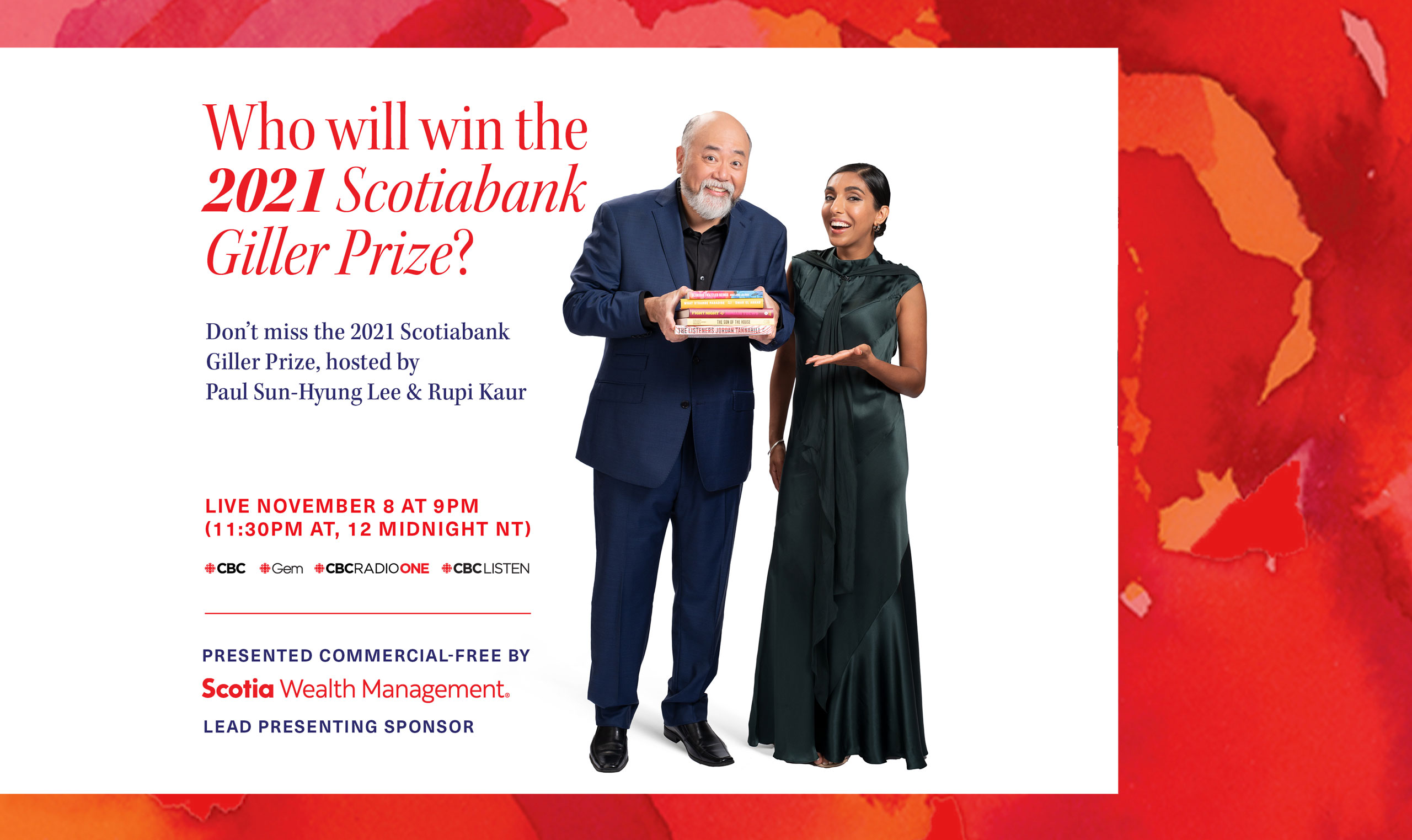 The 2021 Scotiabank Giller Prize winner will be announced during a live broadcast on November 8, 2021, at 9 p.m. ET (11:30 AT, 12 midnight NT). Watch on CBC and the free CBC Gem streaming service, with a livestream also available on cbcbooks.ca/gillerprize. Listeners can tune in to a broadcast special on CBC Radio One and CBC Listen.

This year’s gala will be hosted by Canadian actor Paul Sun-Hyung Lee and poet, artist, and performer Rupi Kaur. The broadcast will be presented commercial-free courtesy of Scotia Wealth Management.

We hope you will tune in on November 8, at 9 p.m. ET to find out who will take home the Prize!