Skip to content
Remembering Richard B. Wright, a Craftsman of Canadian Literature

Remembering Richard B. Wright, a Craftsman of Canadian Literature

We mourn the loss of author and dear friend Richard B. Wright, who passed away at age 79 on February 7, 2017. We extend deepest sympathies to Wright's family and the Niagara community of which he was part for much of his life. The world of CanLit has lost an acclaimed and much admired literary craftsman.

An unprecedent Canadian arts achievement, Wright's beloved novel Clara Callan won three major literary awards in 2001: the Giller Prize, the Governor-General's Award and the Trillium Book Award. Wright's connection to the Giller Prize also included the shortlist (The Age of Longing in 1995), the longlist (October in 2007) and as a juror in 2005. Saddened by the news, Scotiabank Giller Prize Executive Director Elana Rabinovitch observed, "This is an enormous loss. Richard was probably one of the most empathetic, thoughtful writers working in Canada today. He was a fine person with great character and an extraordinarily talented writer. He'll be greatly missed." 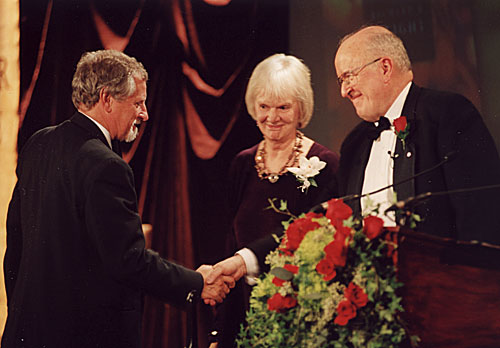 Many have hastened to profile and pay tribute to award-winning novelist an memoirist Richard B. Wright. We've gathered some beautiful pieces here. 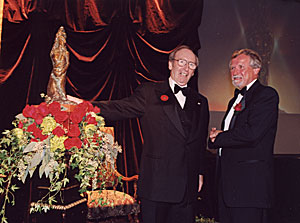 Richard B. Wright, author of Clara Callan, dies at 79 (Quill and Quire)

Canadian novelist Richard B. Wright, author of Clara Callan, dies at 79 (The Globe and Mail)

An esteemed author takes a crack at a new character: himself (Macleans Magazine)

Art and life: The days and nights of Richard B. Wright (National Post)

Remembering beloved Canadian writer Richard B. Wright
A year ago, the author joyfully looked ahead to his golden anniversary and talked of how he always made up stories
by Donna Bailey Nurse (Macleans Magazine)