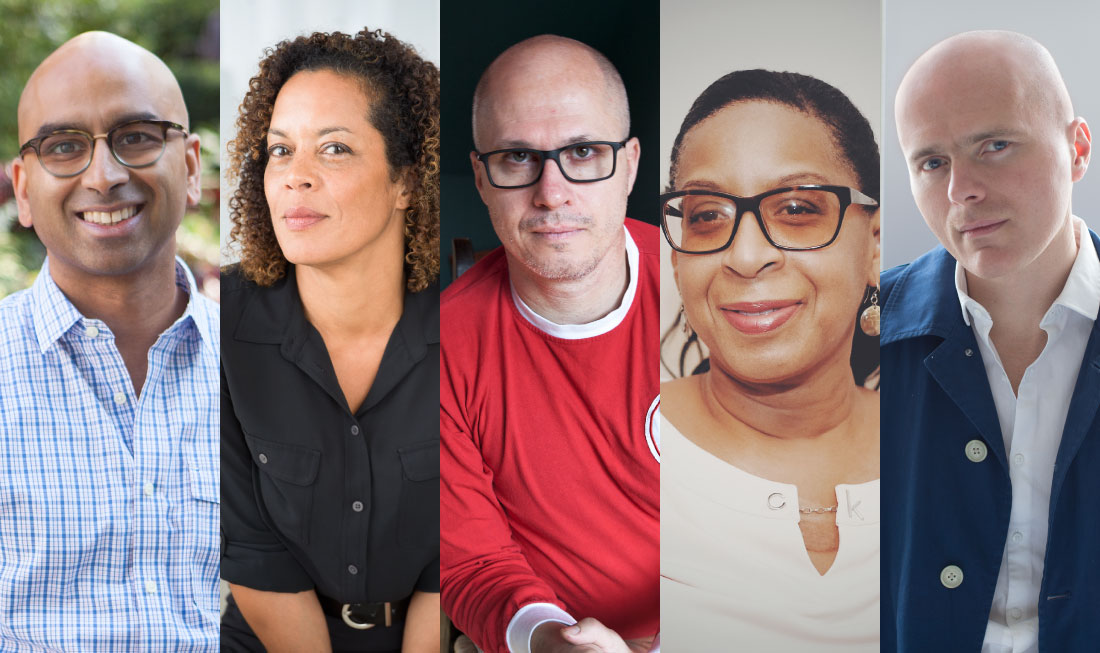 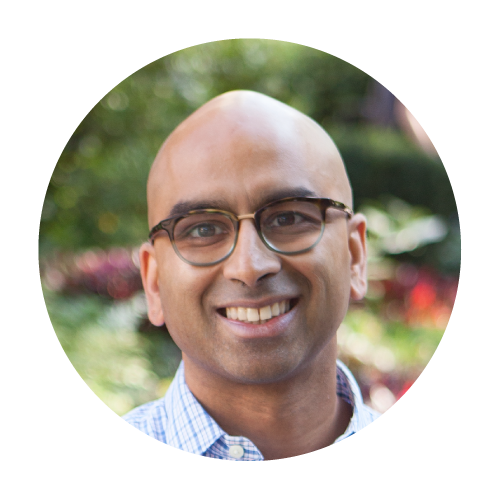 Randy Boyagoda is the author of five books, including three works of fiction. His debut novel, Governor of the Northern Province, was nominated for the Scotiabank Giller Prize in 2006. His second novel, Beggar’s Feast, was nominated for the IMPAC Dublin Literary Prize and selected as a New York Times Book Review Editor’s Choice. His most recent novel, Original Prin, was published in 2018 and was named a Globe and Mail Best Book of the Year. He is the Principal and Vice-President of St. Michael’s College at the University of Toronto, a Professor of English, and holds the Basilian Chair in Christianity, Arts, and Letters. Boyagoda served as President of PEN Canada from 2015-2017 and lives in Toronto. 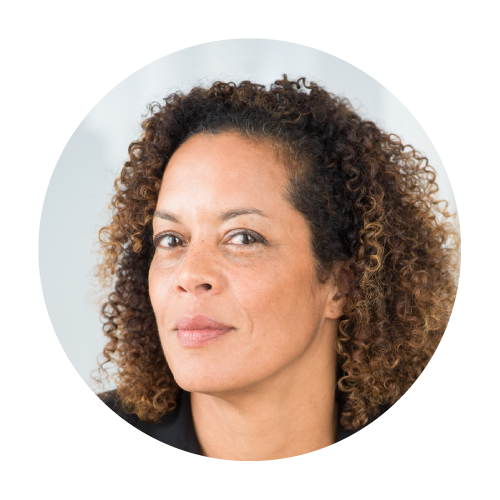 Aminatta Forna is an award-winning novelist, essayist and memoirist. Her novels include Happiness, The Hired Man and The Memory of Love, which won the Commonwealth Writers Prize, the Aidoo Snyder Prize and Germany’s Literaturpreis. Her work has been translated into more than 20 languages and her essays on society, politics and culture have appeared in Freeman’s, Granta, The Guardian, The Nation and The New York Review of Books. Forna is a Fellow of the Royal Society of Literature, a recipient of a Windham Campbell Award and was made OBE in the Queen’s New Year’s Honours 2017. She currently lives in Arlington, Virginia. 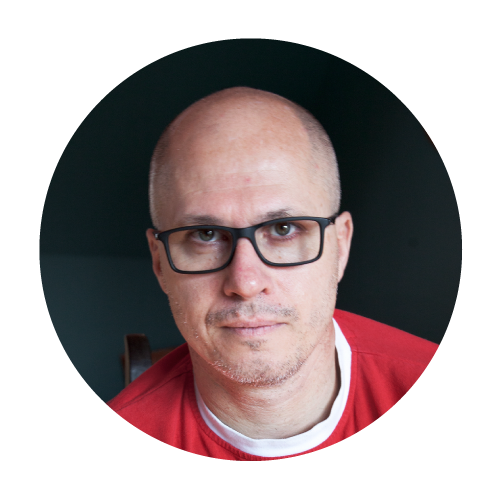 Aleksandar Hemon is the author of The Lazarus Project, The Book of My Lives, and The Making of Zombie Wars. He has been the recipient of a Guggenheim Fellowship, a “genius grant” from the MacArthur Foundation, the Jan Michalski Prize for Literature, the PEN/ W.G. Sebald Award, 2012 USA Fellowship, and most recently 2017 PEN/Jean Stein Grant for Oral History. He teaches at Princeton University in New Jersey. 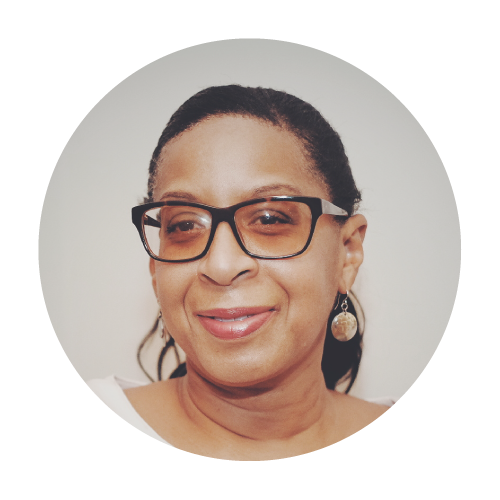 Donna Bailey Nurse is a leading literary critic, editor of the ground breaking Revival: An Anthology of Black Canadian Writing and author of What’s A Black Critic to Do. A former member of the Toronto Arts Council’s Literary Arts Committee, Bailey Nurse has curated reading series in conjunction with the Toronto Public Library and the Art Gallery of Ontario. She is a contributor to Maclean’s, The Walrus and The Literary Review of Canada, and a columnist for The Next Chapter on CBC Radio. Her work has appeared in The Boston Globe, The Globe and Mail and The Toronto Star. She lives in Pickering, Ontario. 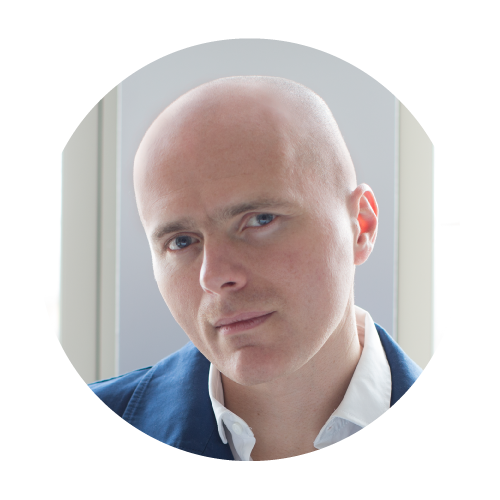 José Teodoro is the author of several plays, including Mote, Cloudless, The Tourist and Slowly, an exchange is taking place. Teodoro’s play Steps was recently published in Playwrights Canada Press’ anthology Long Story Short. He has worked as story editor on acclaimed films including Hugh Gibson’s documentary feature The Stairs, winner of the TFCA’s 2016 Rogers Best Canadian Film Award, and Lina Rodríguez’s Señoritas and This Time Tomorrow. Teodoro is currently developing a book of conversations with Swiss-Canadian filmmaker Peter Mettler entitled Nothing But Time. He lives in Toronto.

Images of the 2019 jurors are available on the media resources page.

Rakuten Kobo has generously donated a Kobo Aura Edition 2 eReader to each member of the 2019 jury panel. The Scotiabank Giller Prize requires publishers to provide digital copies of its submitted titles in addition to print books.

This year’s longlist will be presented in St. John’s, Newfoundland in early September and the shortlist announced later in the same month at an event in Toronto. The winner is named at a nationally televised black-tie dinner and awards ceremony in Toronto in November.

Submissions are now being accepted. The 2019 submission package including updated details can be found at scotiabankgillerprize.ca/about/submissions. The first submission deadline for books published between October 1, 2018 and February 28, 2019 are to be received by February 15, 2019.

The Giller Prize, founded by Jack Rabinovitch in 1994, highlights the very best in Canadian fiction year after year. In 2005, the prize teamed up with Scotiabank who increased the winnings 4-fold. The Scotiabank Giller Prize now awards $100,000 annually to the author of the best Canadian novel or short story collection published in English, and $10,000 to each of the finalists. The award is named in honour of the late literary journalist Doris Giller by her husband Toronto businessman Jack Rabinovitch, who passed away in August 2017.

Scotiabank is Canada’s international bank and a leading financial services provider in the Americas. We are dedicated to helping our more than 25 million customers become better off through a broad range of advice, products and services, including personal and commercial banking, wealth management and private banking, corporate and investment banking, and capital markets. With a team of more than 97,000 employees and assets of $998 billion (as at October 31, 2018), Scotiabank trades on the Toronto Stock Exchange (TSX: BNS) and New York Stock Exchange (NYSE: BNS). For more information, please visit www.scotiabank.com and follow us on Twitter @ScotiabankViews.